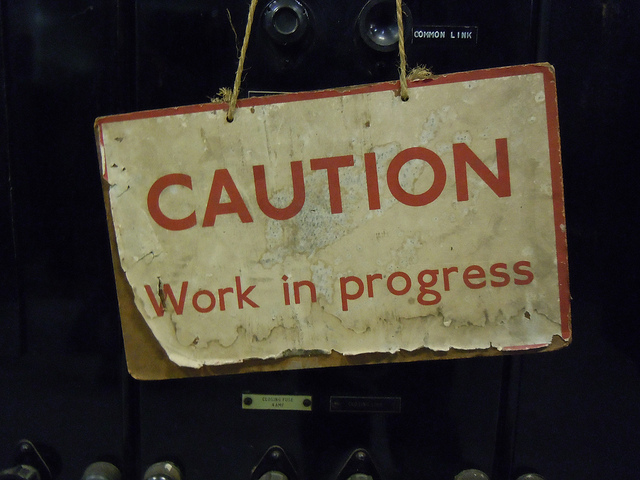 Be diligent in these matters; give yourself wholly to them, so that everyone may see your progress.
1 Timothy 4:15 (NIV)

There are only so many hours in a day, and there are only so many days allotted to us in our life journey. Each day we give ourselves away. We invest our time, our energy, our thoughts, and our resources towards different pursuits without giving much thought to it. To what am I giving myself?

I was struck this morning by Paul’s admonition to Timothy to “give himself wholly” to use of his spiritual gifts and his work among the Jesus followers in Ephesus. The goal, Paul told him, was his progress.

This morning I find myself thinking about the natural relationship between what I give myself to and what is being produced in my life. Where am I making progress? What is the evidence of that progress? Am I progressing in ways that are at all worthwhile?

Give your complete attention to these matters. Throw yourself into your tasks so that everyone will see your progress. 1 Timothy 4:15 (NLT)

It has be an interesting week of reading deprivation which was part of the assignment for a creativity class I’m teaching. The idea of the assignment is to break out of normal routines, to do other things with your time, to be less distracted in order to focus on pursuing new paths of action. For me the lesson was in how much of a routine Wendy and I have in certain parts of our day, especially mornings, and how disruptive it can be to disturb those routines.

The class last night discussed the fact that we all feel called to be creative in our own pursuits whether it’s writing, music, artwork, crafts, and etc. We talk about the idea of being creative, but the actual creative work seems never to start. The canvas remains blank and sitting in the corner. The piano gathers dust. The play does not get revised as needed. For this we have a million excuses:

Yesterday, in preparation for class, I was investigating Pablo Picasso who was notorious for cranking out artwork in steady, flowing streams of creativity. He was constantly painting, sculpting, crafting, and drawing. An art professor of mine once commented that the vast majority of the work Picasso created was “crap” but he made so much of it that his work was constantly evolving and once in a while he would have a breakthrough of pure genius. But, he never would have had the breakthrough of genius if he hadn’t been willing to produce all the crap.

“Inspiration exists,” Picasso once said, “but it has to find us working.”

I thought of my classmates and of Picasso this morning when I read Paul’s encouragement to his protégé, Timothy. Give attention to your calling, your talents, and your gifts. Throw yourself into the action of pursuing and developing them. Only then will you make progress.

“Give me a museum, and I will fill it,” Picasso said.

Now there’s someone putting his gift to work.

Before long, the warden put Joseph in charge of all the other prisoners and over everything that happened in the prison. Genesis 39:22 (NLT)

The other week a client told me about a capable young person in their employ. The young man, though rough around the edges, had shown promise of being management material. The employer arranged to fast track the young man into managerial training and told him so. I had no doubt that, with a little time and effort, the young man would have found himself managing a department and moving up the corporate ladder quickly.

The young man, however, was not content with the fast track. Assuming that his employer’s interest in his career gave him instant leverage, he quickly demanded a huge increase in salary. When the employer refused and explained that he still had to prove himself, the young man walked off the job.

In reading about Joseph’s rapid and successful rise in both the employment of Potiphar and even in his imprisonment, I’m reminded of Jesus’ parable of the talents. Yes, God’s favor was certainly on Joseph, but Joseph didn’t sit around and have rewards thrown at him. He obviously worked hard, managed wisely, and served his master faithfully no matter who that master was. I can almost hear Potiphar and the prison warden echoing Jesus’ words from his parable: “You have been faithful with a few things. I will put you in charge of many things.”

In the business world I see fewer and fewer young people who take this very simple life lesson to heart: Patiently prove yourself faithful and capable with a few things and you’ll find yourself being given greater responsibilities and earning better compensation. Could it be that we as a culture have so filled our childrens’ minds with positive messages of self-esteem and freely showered them with everything they both need and desire that they have walked away with the expectation that the world will reward them with their heart’s desire just for showing up?

Readers of my personal blog may not know that I write a professional blog, as well. I have been blogging about our business in customer satisfaction research and quality assessment in contact centers for several years. The blog is a way of establishing our presence in the marketplace and developing potential clients. The idea is simple. I share a few morsels of wisdom and knowledge for free with the hope that companies may appreciate what they’ve been given, respect the knowledge and experience, and pick up the phone to give us an opportunity when they need the services we provide.

What has been interesting over time is to be faced with those who expect me to give everything away. I gave them an inch of advice and they want me to give them a mile of my experience without charging them for it. I find it highly disrespectful when people refuse to realize that I’ve got skin in the game here. I’m sometimes amazed at the incredulity I face when I tell people I’d be happy to give them a proposal for my time. I don’t mind sharing, but I’ve got to make a living.

What’s been even harder for me over the years is to watch both churches and para-church ministries do the same thing in taking advantage of their own members, followers, and supporters. If  you do something for a living, we’ll be happy to have you give us your services free in the name of the Lord. In fact, we’ll expect it of you. I’m sure it’s not a big deal for you. You’re good at it. It’s what you do for a living, for crying out loud. It shouldn’t take too long and it won’t be hard for you. Come on, give us your time, energy and talent for free (but please don’t expect anything in return – it’s all for God). There’s a tipping point at which gratitude for gifts freely given turns to expectation that takes advantage of others.

I thought it fascinating that God made it very clear in today’s chapter that we are to be careful not to take advantage of others. If they give you a inch, don’t ask them to give you a mile. They may share a grape from their vineyard, but don’t expect them to give you a bucket to take some home. Be careful with your expectations, compensate people for what they give you, and don’t take advantage of the goodness of others. 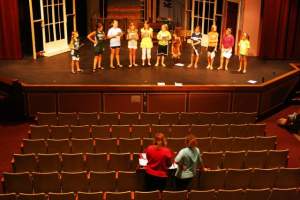 God spoke to Moses. He said, “Bring forward the tribe of Levi and present them to Aaron so they can help him. They shall work for him and the whole congregation at the Tent of Meeting by doing the work of The Dwelling. Numbers 3:5-7 (MSG)

Every successful organization requires a diverse people with diverse sets of gifts and abilities. We need each other. When casting a show for the local community theatre, I’m always left with difficult choices. Many people want to be in the lead roles, standing in the spotlight, but everyone can’t have that role. The truth is that a really good production requires talented people to capably fill every role large and small, on stage and off. Some of my favorite roles over the years have been bit parts.

Nevertheless, every director or producer must eventually confront the frustration and anger of those who did not get cast in the roles they wanted. It comes with the job. You will always be second guessed. You will likely be threatened. You will never make everyone happy. Welcome to leadership.

In today’s chapter, the tribe of Levi is appointed among all the twelve tribes to manage the giant travelling tent sanctuary called the Tabernacle. Within the tribe of Levi, each clan was given responsibility for different parts of the massive structure.

Having helmed a handful of productions and having been in a leadership role in many different organizations over the years, I immediately began to hear the grumbling and complaints that had to have filtered their way up to Moses:

“Why do Aaron and his sons always get the important job? It’s all gone to their heads, I tell you. A bunch of arrogant jerks acting like they’re better than everyone else just because they’re the only ones who get to perform the sacrifices!”

“How in the world did the Gershonites get appointed to take care of the tent? They couldn’t patch so much as a water skin if their lives depended on it!”

“It would figure that Merari clan would get the easy job. They’ve always been a bunch of slackers.”

Not everyone gets the roles they want. As much as I may desire to have certain talents and abilities, I must eventually accept and celebrate the person God made me to be. I must bloom where I’m planted in the role appointed for me while appreciating and being grateful for others who use their own unique abilities in roles for which I’m not suited. 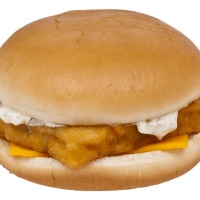 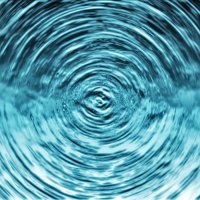 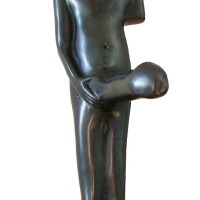 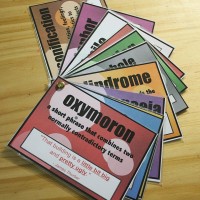