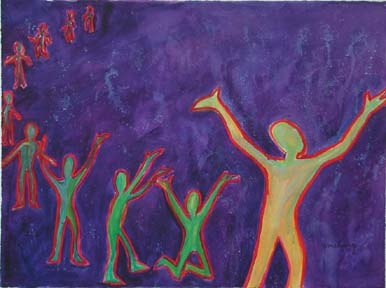 Now Jephthah the Gileadite, the son of a prostitute, was a mighty warrior.
Judges 11:1a (NRSV)

Jephthah, son of prostitute. How long had that moniker followed him? His glories in battle, his deliverance of his people, and his leadership could not wipe the reference away. Dale Carnegie taught us, “you never get a second chance to make a first impression” and for thousands of years, the first impression we have of Jephthah is that he was born to a prostitute.

The fact that he was progeny of an anonymous woman of the evening was not under Jephthah’s control. He had no say in the matter. Still, this heritage marked him for life. It led to being driven away by his half brothers. I can only speculate (having known those of similar fate) that he had a chip on his shoulder throughout his life.

When Adam and Eve ate the forbidden fruit, the first consequences of their sin was shame. They realized they were naked. They felt their exposed bodies were bad and something they had to cover despite the fact that God said that the way He created their bodies was good and the Garden had been a nudist paradise to that  point. Once sin entered the picture, humanity has forever been locked in a struggle with our shame, and we see that struggle in the story of Jephthah.

What I find interesting about Jephthah is that his story is bookended by contrasting examples of sin and shame. At the beginning of the chapter it was the sin of the father (sleeping with a prostitute) that led to shame being visited upon his son for the rest of his days. At the end of the chapter, it was Jephthah’s own foolish actions that led to the despicable human sacrifice of his daughter and solidified his story as a tragedy for the ages.

This morning I’m thinking about the fact that I have things that I don’t control (the family into which I’m born) and things that I do control (my own thoughts, words, actions, and relationships). Shame, that core pain in the depths of my heart that perpetually whispers to my soul that there is something terribly wrong with me, originates from both sources. It runs in the blood of my forebears and it is confirmed in my own foolish choices.

As I write this, less than two weeks from Christmas, I’m reminded that it was Jesus’ mission to address my shame. The progeny of God, born in swaddling clothes and placed in a manger, came that He might take on all of my sin and shame when He died in my place on the cross, so that I might be unshackled from my shame and find redemption.

God made him [Jesus] who had no sin to be sin for us, so that in him we might become the righteousness of God.

When [Jephtha] realized who it was, he ripped his clothes, saying, "Ah, dearest daughter—I'm dirt. I'm despicable. My heart is torn to shreds. I made a vow to God and I can't take it back!" Judges 11:35 (MSG)

The story in today's chapter is a horribly tragic event that is incredibly confusing in today's world. It's easy to walk away from the story scratching our heads and throwing our hands up in the air. Yet, God's message is like Aesop's stories. There is generally a reason the story has been told. We just have to find the clues.

The first clue is a theme that has been running throughout the book of Judges. The people of Israel have been in a continuous cycle of idolatry. Try as they may, they keep mingling God, Jehovah, with the gods and idols of the people around them. They keep falling into idolatry despite God's numero uno command in the Top Ten List of commands God gave them through Moses. At the beginning of Judges, the theme is announced and highlighted when God warns Israel not to get mixed up with foreign gods or "their gods will become a trap" (Judges 2:3).

In the midst of Jepthah's parley with the Amomnites (vss 14-27), he mentions their god, Chemosh and he sets up the battle as a clash of between Jehovah and Chemosh. Here, the second clue is revealed. One of the things scholars know about the ancient god Chemosh is that human sacrifice was used on special occasions to secure the god's favor. If bowing before idols is against the rules, then sacrificing humans to those gods is a downright abomination.

As soon as Jepthah's victory on behalf of Jehovah is complete, however, he makes a silly vow and ends up sacrificing his own daughter in a despicable, senseless act. Jepthah sacrifices his daughter to God the way the Ammonites would sacrifice someone to Chemosh (a.k.a Molech, pictured above). For all of Jepthah's high spirited talk, his actions reveal that his faith has gotten mixed up with the gods of the Ammonites. It' reminds us of what Jesus said of the people of Israel: "These people honor me with their lips, but their hearts are far from me." The moral of the story is revealed and points back to God's ominous warning at the beginning of the book: "don't get mixed up with other gods, or the consequences will be tragic."

Maybe I'm more like Jepthah than I care to admit. 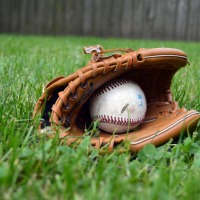 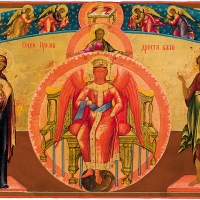 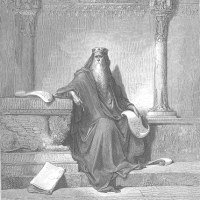 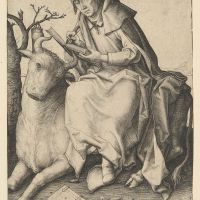 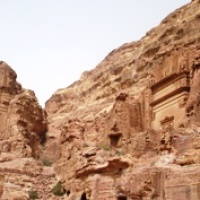