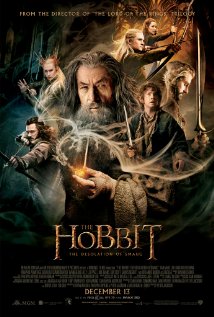 Wendy and I went to see The Hobbit: The Desolation of Smaug last night. As with all of Peter Jackson’s film adaptations, it is expertly done and an entertaining film in its own right. I will certainly see it again and will eventually buy it for our personal library. Nevertheless, there are reasons Tolkien purists will take issue with the film. Here is a quick list of my own personal head-shakers (Spoiler alert! If you haven’t seen the film you might want to wait to read this list):

Yesterday I was listening to The Tolkien Professor’s eight part lecture series on The Hobbit. He begins the series by stating his hope that Peter Jackson does not make The Hobbit into a movie because he knows the filmmaker will feel the need to make Tolkien’s whimsical children’s tale into an epic of Lord of the Rings proportions so that it will fit nicely as a prequel into the filmmaker’s own The Lord of the Rings adaptation. Professor Olsen was prophetic. I’ve provided only a short-list of the discrepancies you’ll find in the film. There are plenty more. Buy me a pint at the Green Dragon and I’ll gladly share a more complete list.

I am not purist enough to boycott the theater. As I mentioned at the outset, I found the film wonderfully entertaining. I understand that Jackson and his team are making movies to sell tickets and amass their own personal dragon hoard of gold. Beware, the greed of dwarves. Honestly, I believe that the filmmaker loves Tolkien as much as I do and, in the big picture, I understand that he’s introducing millions of people to Middle Earth who would otherwise have never have picked up the books. Good for him.

Now, a personal note to Mr. Jackson and his writing team: please leave me off the invitation list to Tauriel and Kili’s wedding.

“This is what the Lord says: Because you have obeyed me and have not withheld even your son, your only son, I swear by my own name that I will certainly bless you.” Genesis 22:16-17a (NLT)

I confess that I am a Tolkien geek. I read or listen to the unabridged audio of The Lord of the Rings every year or so and have since college. I can’t speak Elvish, so I’m not that kind of Tolkien geek, but when Wendy throws out the occasional trivial question related to the story or the movie (e.g. “What was that haunted castle place in the movie that glowed and the orc army came out of it?”) I generally know the answer (e.g. “Minas Morgul”) and will usually offer some elucidation (e.g. “It means ‘City of the Moon’ and it was actually built by the good guys as a fortress meant to keep the bad guys inside the evil land of Moria, but as Sauron and his evil grew in power, Minas Morgul was captured and given by Sauron to the chief of the Nazgul [a.k.a. the Black Riders] who was actually once a human king from the north subverted by Sauron and the power of the “nine rings for mortal men doomed to die” as referenced in the One Ring inscription and he eventually became known as the “Witch King of Angmar.”) at which point Wendy rolls her eyes, laughs, and says “You’re such a geek.” I know. I’ve confessed this.

So it is that I find myself spending time on the road listening through a series of lectures by The Tolkien Professor, Corey Olsen which are freely available on iTunes. Olsen, an English Professor at Washington College, takes a scholarly route through Tolkien’s works and, as a Tolkien geek, I’m utterly fascinated. In a moment of synchronicity, I was listening just last week to one of Professor Olsen’s lectures on the nature of Evil in Tolkien’s writings and he brought up the subject of Typology and referenced the story of Abraham sacrificing Isaac from today’s chapter. Tolkien generously used typology in his writings and stories of Middle Earth. Suddenly I was transported back to being a student in Biblical Hermeneutics class and the study of Typology.

In simple terms, Typology is the study of Old Testament references that foreshadow or echo New Testament events or realities. God is “the author of life,” and as the creative artist and author, He sprinkles the Great Story of history with foreshadowing. So in today’s story, Abraham sacrificing his “one and only Son” is a type of God sending His “one and only Son” to be the sacrifice for the sins of the world. “God providing the ram in the thicket” becomes a type of God providing the sacrifice for our sins through Jesus who becomes “the lamb of God who takes away the sins of the world.” As I’ve argued in the past, it’s not until you wade into the Old Testament that you gain a full picture of the depth of the whole story God is revealing.

I believe Professor Olsen would make a parallel argument that those who enjoy The Lord of the Rings do not have a full picture of the depth of the whole story Tolkien was telling without wading into the stories Tolkien penned in The Silmarillion and other works. It is no wonder that Tolkien’s works would use this kind of Typology. Tolkien was a professor of Medieval Literature at Oxford and the Christian study of Typology reached its height during the High Middle Ages.

Today, I’m laughing at myself and what a dweeb I can be. I’m also appreciative of a creative God who is the ultimate artist, author and story-teller. I love that all good stories are an echo of the Great Story (or as Tolkien would say, all tales are “leaves off the Great Tree of Tales”). I love when things tie together and tiny moments of unexpected synchronicity occur in life. I love being fascinated.

The old oak trees at the Playhouse are dying. By the end of last summer, two of them stood bare and leafless. We lost another one in the winter. Yesterday, the three of them were cut down and their remnants hauled way.

A few months ago I began listening to The Tolkien Professor, Corey Olsen, on iTunes U. I’ve been working my way through his lecture series on J.R.R. Tolkien‘s works (and enjoying it tremendously!). Yesterday as I listened to the chain saws buzzing and the crack of boughs being cut from their lifeless trunk, I recalled a section of one of Olsen’s lectures with which I truly identified. After reading Tolkien’s Lord of the Rings countless times, you don’t look at trees the same way. Trees become characters. They become living creatures with lives of their own. I can honestly say that I felt pangs of grief as the old oaks were cleared away, and more pangs of grief as I realized that what little life is left in the remaining oak trees is quickly waning.

Those trees had shaded the old Playhouse. My daughters grew up running around them and playing under their shade. They were part of the place like old friends standing sentinel while we went about our lives beneath their watch. They were friends. The lawn looks so empty and bare without them.

Today Wendy and I will visit a local nursery and start the process of contemplating new trees to plant and watch grow up around us. 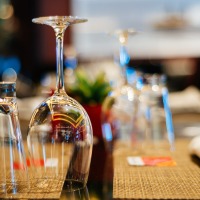 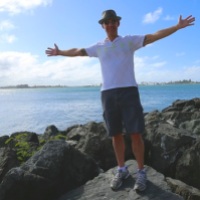 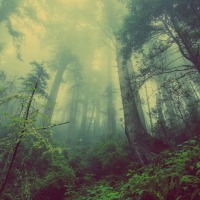