David left Gath and escaped to the cave of Adullam. When his brothers and his father’s household heard about it, they went down to him there. All those who were in distress or in debt or discontented gathered around him, and he became their commander. About four hundred men were with him…. But the prophet Gad said to David, “Do not stay in the stronghold. Go into the land of Judah.” So David left and went to the forest of Hereth.
1 Samuel 22:1-2;5 (NIV)

This morning’s chapter is a description of the early days of David’s years as a successful outlaw. There are two observations I made this morning as I read:

As a culture it is easy to become enamored with the best and the brightest, and yet God continually reminds us that His ways are not our ways. As we journey through God’s Message we find that, time and time again, God eschews the best and brightest and surrounds Himself with the dregs. This morning I am once again faced with the hard reality that I spend most of my life looking at things through the lens of contemporary culture and fail to perceive things with a Kingdom perspective.

God, forgive me my spiritual astigmatism. Heal my eyes, or at least give me corrective lenses, that I might see life, circumstance, and others with 20/20 vision of your Kingdom’s perspective.

7 thoughts on “Of Robin Hood and Corrective Lenses” 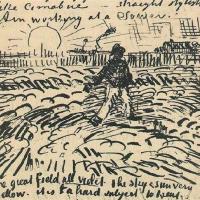 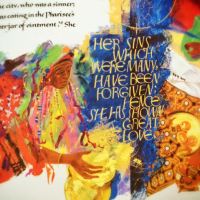