[The Assyrians] shouted it with a loud voice in the language of Judah to the people of Jerusalem who were on the wall, to frighten and terrify them, in order that they might take the city.
2 Chronicles 32:18 (NRSVCE)

It’s such an improbable moment. Bottom of the ninth, two outs, bases loaded, and your team trailing by three runs. The grand slam to win the game. It actually happened on Sunday night when a Chicago Cub rookie named David Bote actually pulled off the improbable home run that every kid dreams about on the sandlot.

Sometimes the improbable happens. Jesus, who pulled off all sorts of improbable feats, reminded His followers that with God nothing is impossible, no matter how improbable.

Today’s chapter records one of the most improbable events in history. The Chronicler provides a condensed description of the events, which were more thoroughly told by the scribes who wrote the book of 2 Kings and by the prophet Isaiah.

The Assyrians of the ancient world were really bad dudes. They had taken warfare to a whole new level and made themselves fabulously powerful and wealthy by raiding, plundering, and decimating other nations. They were the first to use siege engines and had a corp of engineers who found all sorts of ingenious ways of breaching the walls of the cities they attacked.

The weapon the Assyrians used most effectively, however, was fear. They were heinously brutal in their treatment of conquered. They impaled people on spikes, skinned people alive, dismembered people, and burned others alive. The Assyrians discovered that the more brutal they were, the more fear they spread into the next cities on their campaign and the more fearful people were, the easier it was to defeat them.

In today’s chapter the Chronicler records another tactic the Assyrians used. They had a master manipulator who would stand outside the city walls and talk smack to the people inside in their own language, psychologically wearing them down with fear and intimidation. The Assyrian envoy loudly mocks King Hezekiah, mocks the Judeans, and mocks God.

Hezekiah stands firm. He reminds his people, “Be strong and of good courage. Do not be afraid or dismayed before the king of Assyria and all the horde that is with him; for there is one greater with us than with him. With him is an arm of flesh; but with us is the Lord our God, to help us and to fight our battles.”

The defeat of the Assyrians is an improbability bordering on impossibility. Jerusalem didn’t have the defenses to withstand a siege. The Assyrians were on a roll. They were better equipped, more experienced at war, and had everything in their favor. It’s the bottom of the ninth, two outs, and King Hezekiah is down to his last strike.

This morning I’m thinking about discouragement and fear. It’s so easy to get down and discouraged. I find myself bombarded in news media and social media with messages telling me to be afraid of everything. Everything is so bleak. There is so much to worry about. Things are so terrible, so awful,  and so hopeless. Ugh.

Today I’m encouraged by a grand slam and a historical event.

One thought on “The Improbable Actually Happens” 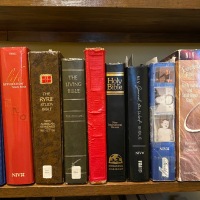 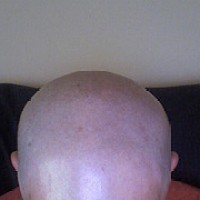