My lover tried to unlatch the door,
and my heart thrilled within me.
Song of Solomon 5:4 (NLT)

One of the things that I love about the Song of Solomon is the way the relational give and take develops between the young man and the young woman in the duet. Like all relationships, there is a progression of the relationship from the beginning of the song to the end. There is the initial infatuation with one another as they look upon one another and are impressed with what they see. Then there is the growing desire for one another as they seek to be in one another’s presence. In today’s chapter we feel the growing desire and anticipation of sexual intimacy.

The young woman is having another dream, and this time she hears the young man attempting to unlatch the door of her bedroom. Her heart is thrilled (and, I suspect, other parts of her as well). When she gets up to let him in, she finds him gone. Disappointed, she runs through the streets in a frantic search for him. The night watchmen find her and beat her up. You can see in the dream the anticipation of intimacy, the disappointment that it has not happened, and the intense feelings of personal pain and injury that she has not been able to consummate her love.

I have learned over time that sexual intimacy in marriage is best built with anticipation, just like the progression in Solomon’s song. While sex occasionally occurs at the spur of the moment, motivated by a surprisingly sudden surge of hormones, the truth is that there is typically a subtle song and dance that happens between me and Wendy. A glance and casual touch at the breakfast table hints at the possibility that this day may come to a passionate end. Hints are dropped by the wearing of things that the other has commented pleases his or her eye. A dab of cologne on a day that none is typically warranted. There is the casual touch in public that lingers a moment longer than usual. The mind is engaged. The eyes are engaged. The sense of smell is stimulated. The ears hear coded messages: “I shaved my legs today.”

Playful thoughts flitter in and out of each other’s minds during the day. Anticipation builds. A regular evening dinner takes on new layers of sensual meaning as each become aware of what I mentioned in yesterday’s post: There is a connection between senses. The feeding of one appetite will invariably lead to another. The main course tastes so good. The wine seems downright decadent, and savoring the dessert feels almost sinful.

One of the things that Solomon’s song subtly conveys to me is that the climactic, sexually intimate event of the day does not typically just happen. It happens when husband and wife learn and know one another’s subtle, sensory dance. It is me learning how to slowly feed multiple senses of my wife during the day in the ways she best responds. It is my wife learning just how to tease the deliberate build up of anticipation that will lead to a successful, intimate feast after dinner that night. There is an art to the intimacy between husband and wife that takes on the unique characteristics of the two artists involved in creating the intimate moment.

In contrast, I find that popular media (especially pornography) likes to portray sex like it’s most awesome when easily cranked out like one of those ultra high speed photocopiers at Kinko’s (yes, pun intended): Get it fast. Get it often. Get it easy. Everyone gets a copy. Sure, you get the picture – but it’s monochrome, impersonal, and unoriginal. Each one is just like the one before. It quickly becomes meaningless and lifeless. You crank out more copies hoping for something different in the output picture, but it will never be an original work of art.

My experience is that sexual intimacy does not become a breathtaking original work of art unless there are two people learning to create something together over time, learning to work together, make mistakes, erase errors, try something new, explore, play, complement one another’s individual style, and develop their own unique style as a couple over time together. As Solomon’s Song suggests, there is a progression. It gets better, deeper, more refined, and even more powerful in ways neither husband nor wife could scarcely imagine, even in the intoxicating infatuation of the early relationship.

Sexual intimacy between husband and wife is a work of art.

6 thoughts on “The Art and Progression of Sexual Intimacy” 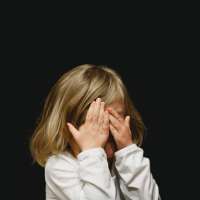 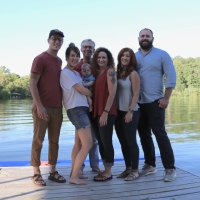