The Lord is more pleased when we do what is right and just
than when we offer him sacrifices.
Proverbs 21:3 (NLT)

Over the years I’ve had many people refer to me as a religious person. The term has always bothered me. The truth of the matter is that when you read the first hand accounts of Jesus’ life and ministry you find that He saved His most harsh criticism and angry judgement for the most religious people.

When Jesus encountered a woman caught in the act of adultery He said:

When Jesus talked to the religious church goers He said:

“You hypocrites! You shut the door of the kingdom of heaven in people’s faces. You yourselves do not enter, nor will you let those enter who are trying to.”

When Jesus encountered a man with leprosy who said, “If you’re willing, you can make me clean,” Jesus reached out and touched the leprous man and said:

When Jesus talked to the religious church elders He said:

“You travel over land and sea to win a single convert, and when you have succeeded, you make them twice as much a child of hell as you are.”

When a poor, paralytic man was brought to Jesus said to Him:

“Friend, your sins are forgiven.” Then healed him.

When Jesus talked to the religious fundamentalists He said:

“You give a tenth of your spices—mint, dill and cumin. But you have neglected the more important matters of the law—justice, mercy and faithfulness. You should have practiced the latter, without neglecting the former.”

When Jesus took time to ask a woman, who was a social outcast, for a drink, He said:

When Jesus talked to the strict, religious people He said:

My desire is to follow Jesus each day in the way I forgive, touch, heal, reach, cleanse,   embrace, and love. If I fail in this attempt while becoming a good, conservative, church going, religious person then it is clear to me from Jesus’ own words that I have left the path of His footsteps and have failed miserably in my quest.

So, when I hear people refer to me as a “religious” person, my heart sinks. At that moment I ask God to forgive me for being religious. Then I quietly ask Him to help me be more like Jesus.

12 thoughts on “The Curse of Being Religious” 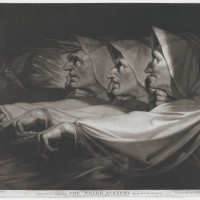 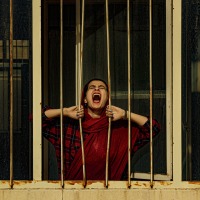 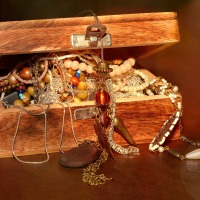