This concludes the prayers of David son of Jesse.
Psalm 72:20 (NIV)

I have the Don McLean classic American Pie going through my head in the quiet this morning. It’s funny how songs connect to so many thoughts and feelings. The first verse stirs so many memories of being a paperboy at the age of 12. Frigid Iowa mornings being the first person to see the headlines, and trudging in the dark before dawn hand-delivering newspapers to the doorsteps up and down the block.

A long, long time ago
I can still remember how that music used to make me smile
And I knew if I had my chance that I could make those people dance
And maybe they’d be happy for a while
But February made me shiver
With every paper I’d deliver
Bad news on the doorstep
I couldn’t take one more step
I can’t remember if I cried
When I read about his widowed bride
But something touched me deep inside
The day the music died

I think the inspiration for those words has already been lost to most people. As Mclean’s lyric reveals, it was an event that became known as “The Day the Music Died.” A small plane crashed in an Iowa field and tragically took the lives of three of the most popular rock-and-roll musicians of their day: Buddy Holly, Ritchie Valens, and J.P. Richardson.

Today’s chapter, Psalm 72, isn’t as meaningful to the causal reader without understanding the context of both the song and its placement in the larger work we know as the book of Psalms. As I’ve mentioned before, this anthology of ancient Hebrew song lyrics was compiled by unknown editors. They’ve been lost in the fog of history, but they probably did their compilation sometime around the time the Hebrews were in Exile in Babylon about 500-600 B.C.

The editors didn’t just throw the songs together willy-nilly. There was tremendous thought put into themes, authorship, chronology, and how the individual songs fit into the larger whole. The Psalms are actually broken up into five sections we call “Books.” As I mentioned in yesterday’s post/podcast, we’ve come to the end of Book II with Psalm 72. Most all of the songs lyrics in the anthology, thus far, have been penned by King David. Yesterday’s lyrics revealed David’s thoughts and expressions near the end of his life.

The final song of Book II is an abrupt transition. The liner notes reveal that it is “of” Solomon or “for” Solomon (perhaps both/and), the youngest son of David and the offspring of Bethsheba (yep, the woman with whom he had a scandalous affair). Psalm 72 is a coronation song, meant to be used during the public rituals when a new king is crowned. As if the meaning of this song coming immediately after David’s aged reflections in Psalm 71, and the fact that we’re at the end of Book II, wasn’t clear enough, the anonymous editors of the anthology added a line at the end of the lyrics:

This concludes the prayers of David son of Jesse.

David, the warrior-king, God’s minstrel, has passed on.

It was “the day the music died” for the Hebrew people.

Psalm 72 reads like an idyllic vision of monarchy. Like an inauguration speech from a new President, it is full of hope for a new leader who will rule with justice, end poverty, end violence, provide for those in need, be esteemed by world leaders, and be forever established as God’s person for the job. The vision is so idyllic that both Hebrew scholars and early followers of Jesus viewed the metaphors as layered with meaning both as a national anthem for the newly crowned Solomon, and a prophetic vision of the coming and reigning Messiah.

In the quiet this morning, my Enneagram Four-ness can’t shake the melancholy (go figure). A little boy delivering newspapers in the cold, inspired in the grief of a terrible tragedy. In tragics deaths of an Iowa winter, a seed is planted in that little boy which will one day creatively spring to life in a new song that will mesmerize the music world for generations.

A time and a season for all things under the sun.

As the Mandalorians in Star Wars would say: “This is the way.”

So, no matter where the journey finds you today, in joy or grief, in melancholy or happiness, take courage, my friend. The best is yet to come. 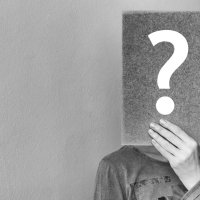 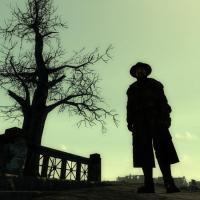 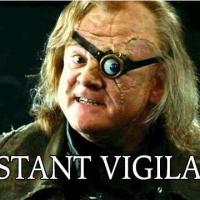