“And Moses swore on that day, saying, ‘Surely the land on which your foot has trodden shall be an inheritance for you and your children forever, because you have wholeheartedly followed the Lord my God.’”
Joshua 14:9 (NRSV)

So go the lyrics of the musical Damn Yankees, a Broadway retelling of the Faust legend set around the hapless Washington Senators baseball team. The song came to mind this morning as I read Caleb’s plea to Joshua, reminding him that he’d “wholeheartedly” followed God.

Caleb had been one of the men chosen by Moses to spy out the land some 45 years earlier. Caleb was all for crossing the Jordan River and taking the land, but his partners gave a fear-producing account of what they saw and the campaign was delayed 40 years. But, for his wholehearted faith, Moses promised Caleb the land they’d spied out as his tribe’s inheritance. In today’s chapter, it’s time for the promise to be fulfilled these many years later.

Two things I’m reminded of this morning as I ponder Caleb’s story:

First: Caleb was rewarded for his heart – not his military prowess, his  perfect execution of God’s commands, his moral standing, his financial generosity, his intellect, his social savvy, or his popularity. As I journey through God’s Message I find, time and time again, God’s desire is for our hearts. If He has my whole heart, everything else will flow from there.

Second: Sometimes the fulfillment of God’s promises and purposes are a long time in coming. Caleb waited 45 years for his promised inheritance. David was anointed king when he was a kid, but didn’t see the promised fulfilled until he was 40.  Abraham and Sarah were in their 90’s before God miraculously produced their promised offspring. In a culture of instant gratification, I so easily get impatient and lose faith. It’s good to be reminded that God’s promises can take a long time to be fulfilled. Those with heart never stop trusting in that fulfillment.

By the way, and speaking of being wholehearted in having faith: The Cubs are 5-1! 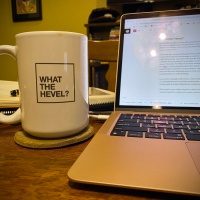 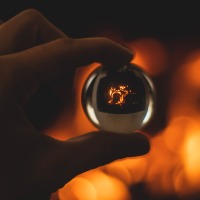 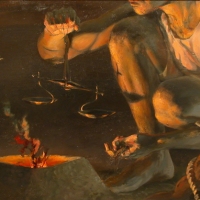