But Joshua spared Rahab the prostitute, with her family and all who belonged to her, because she hid the men Joshua had sent as spies to Jericho—and she lives among the Israelites to this day.
Joshua 6:25 (NIV)

Over the last year, I found myself subscribing to several accounts on social media that regularly publish posts and memes about what it was like growing up in the 70s and 80s. It’s brought back a lot of memories:

As much as these bring back fond memories, they also remind me of just how much life has significantly changed in just one generation. Just as I could never fully fathom what my grandparents’ lives were like living through two World Wars and the Great Depression, my grandchildren will never fully fathom life without access to more information in their hands than was available to me on the entire planet.

As technology, data, processing speed, and computer memory continue to advance at an ever increasing pace, I’ve observed what appears to be an increasing lack of empathy and/or appreciation for the past. What I witness is that Cancel Culture isn’t just about socially ostracizing people who don’t toe an ideological line, but I also see people dismissing the past as being as outdated and worthless as that second-generation iPod gathering dust in a drawer somewhere.

Today’s chapter introduces us to the brutal life that was daily human existence 3500 years ago and in the early chapters of the Great Story. The Hebrew conquest of Canaan is layered with meaning that contains implications and themes that foreshadow the larger themes of grace, judgment, and redemption that are present in the larger story. Yet, it is easy to dismiss for modern readers who are used to simply canceling anything that doesn’t comfortably fit in my 21st century, politically correct worldview.

War and conquest were the dominant way of life. City-States and regions were continually embroiled in surviving those armies, nations, and fledgling empires bent on growing their power. But what happened at Jericho is actually different in many regards. God makes it clear that it is He who is passing judgment on the people of Jericho, it is God who is out front making victory miraculously possible, and it is God who was gracious with Rahab and her family, who by faith, believed that the God was the one true God. The Hebrew people were not allowed to take spoil from the battle. Archaeological evidence at Jericho found entire jars full of grain that had been left which makes little sense in a world in which famine regularly wiped out entire people groups. There’s something different taking place. For forty years God has been doing something different with these Hebrew tribes than the world has ever seen.

And, if I can’t fully fathom what life was like for my grandparents in the Great Depression, then I certainly can’t fully fathom what life was like for those Hebrew tribes at Jericho. Personally, I don’t take that as a license to ignore and judge either the Hebrews or God, but rather as an invitation to be gracious in my ignorance while also wrapping my head and heart around the larger Story being told that I might continue to gain wisdom in my own journey and where this Great Story is leading.

In the quiet this morning, I can’t shake the fact that it is God who is driving the action, God who is leading the charge, God who is just beginning to reveal Himself to humanity by telling His people “I’m going to show you a different way of doing things.” Which is the same thing that Jesus did when He revealed that Messiah was not about earthly power and kingdoms, but about a suffering servant compelled by love to sacrificially lay down His life for others.

Which reminds me that on this day, even with my phone in my hand which has more computing power than the Apollo mission had sending men to the moon, and access to an infinite number of distractions of any kind I could possibly want, I believe that Jesus is still trying to get my attention, to hold my focus long enough to get through to me: “Tom, I’m trying to show you a different way of doing things. A different way than you see all the kingdoms and power structures of this world doing with them amidst all the technology and knowledge they have. Follow me.”

2 thoughts on “A Different Way” 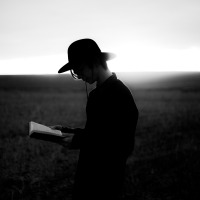 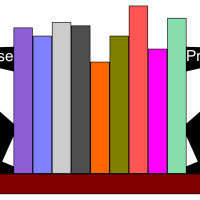 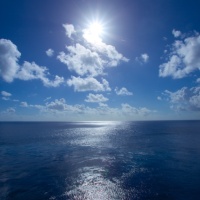