A few years ago I ran into some old friends of the family whom I had not seen since I was a teenager. When the gentleman looked at me he exclaimed, “My goodness, there’s no mistaking who you are. You look just like your old man!” As I get older, the more comments I get about looking like my father.

“Chip off the ol’ block,” they say of children who become like their parents. My brother and I have even joked about it. “I may have the Vander Well nose,” he said to me this past year, “but at least I didn’t get the receding hairline and the bad hearing.” I think he feels he got the better end of the deal.

It is interesting the ways we are similar and dissimilar from our parents. This morning I found it interesting to think about, not at the similarities, but at the contrast between David and his rebellious, prodigal son Absalom:

I was struck this morning as I pictured David mourning for the son who had caused him and his kingdom so much injury. I imagined what Absalom would have done had he been successful at stealing the throne and confronting his father. I can’t picture Absalom being as gracious and forgiving.

As a parent I am fully aware of the ways our daughters have inherited my DNA, and how they’ve been affected by my words and actions both positively and negatively. I believe David was aware of this, as well. David understood that the seed of Absalom’s rebellion took root in the wake of David’s own moral and relational failures. It did not absolve Absalom of his poor choices, but it afforded David the ability, much like the father in Jesus’ parable of the prodigal son, to be gracious in his attitude toward his son.

This morning I am thinking about motivations, character, family, and choices. We don’t get to choose our family. We must all play the hand that we’re dealt. As I’ve progressed in my own life journey I’ve discovered that there is a fine line between acknowledging and understanding the ways our parents and family system affected us and using that knowledge as an excuse for our own poor choices. I think David and Absalom, father and son, lived on opposite sides of that line. 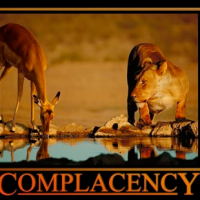