If anyone has material possessions and sees a brother or sister in need but has no pity on them, how can the love of God be in that person? Dear children, let us not love with words or speech but with actions and in truth.
1 John 3:17-18 (NIV)

Very early in my spiritual journey, I was given the task by my mentor of choosing a couple of verses that would be my “Life Verse.” In other words, they were verses from God’s Message that I wanted to shape and inform the rest of my life. I was a young teenager at the time.

One of the verses I chose in that exercise still hangs on the wall in my office, written in calligraphy by one my brothers. It was a gift to me many years ago. That verse is from today’s chapter, which I originally memorized from the Living Bible paraphrase:

Little children, let us stop just saying we love people; let us really love them, and show it by our actions.

That verse understandably leapt off the page at me this morning, but the thing I really noticed was the verse before my life verse:

If anyone has material possessions and sees a brother or sister in need but has no pity on them, how can the love of God be in that person?

I have to confess this morning that generosity was not something that came naturally for me. Growing up, I had everything that I needed, but definitely not all that I wanted. Being the youngest of four, I grew up used to receiving the things handed down to me. Somewhere early in life, I developed a gross measure of selfishness. Any money I was given or earned flowed quickly and freely through my fingers. I would quickly spend everything I had to get something, anything that was new and shiny, and all mine even if it was something I quickly consumed.

Along my spiritual journey, I eventually had to own up to the fact that I had a massive blind spot. I was deep in debt, had very little to show for it, and a look at my finances would reveal that my behavior pattern hadn’t changed since I was a young boy. I continued to quickly spend everything I had (even money I didn’t have) to get something, anything that was new and shiny, and all mine even if it was something I quickly consumed.

The harsh truth of the matter was that I had memorized words that said I wanted to love people and show it by my actions. Ask me and I could rattle it off by heart at the drop of a hat complete with the reference. If you asked me to recite the verse before it, I would have looked at you with a blank stare. I had completely ignored the description of what that love by action really meant. How can I say that the love of God is in me and that I am following Jesus when everything in my life revealed a total lack of generosity fueled by endless and out-of-control consumption?

I am glad that this life is a spiritual journey. It allows time and opportunity for old things to pass away, and new things to come. Just as John had to be transformed by love to address his anger, rage, and lust for prominence (which I wrote about in yesterday’s post), I needed to be transformed by love to address my selfish consumption, fiscal irresponsibility, and lack of generosity.

Before me lies another day. In fact, it’s day 19,723 for me (FYI: You can quickly calculate your days at this website). It’s time to press on.

Thanks for reading, my friend.

3 thoughts on “An Uncomfortable Realization” 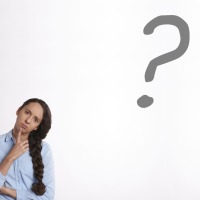 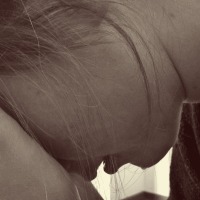 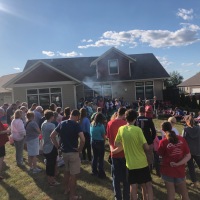