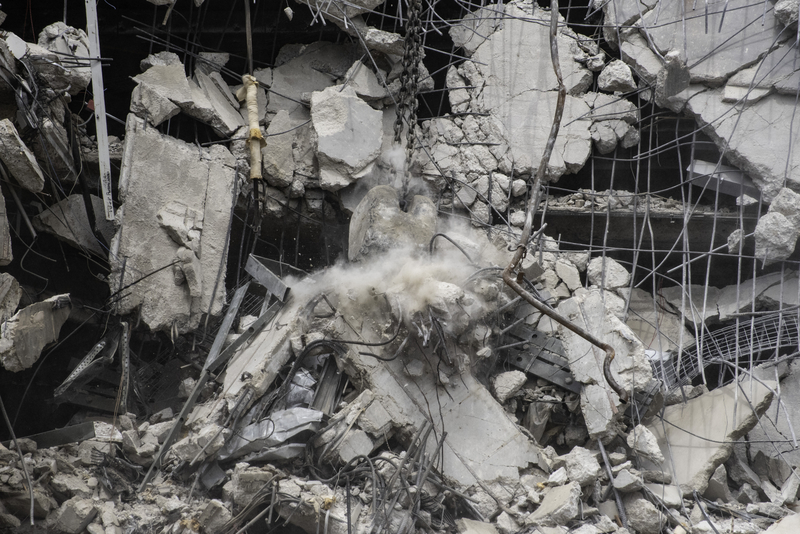 Some of his disciples were remarking about how the temple was adorned with beautiful stones and with gifts dedicated to God. But Jesus said, “As for what you see here, the time will come when not one stone will be left on another; every one of them will be thrown down.”
Luke 21:5-6 (NIV)

When I was a child, I attended a small neighborhood church that was liturgical in practice. This meant that the sanctuary was laid out in a very specific way that catered to the ancient liturgy. There was a lectern on one side that was “lower” and served common uses such as announcements and a non-clergy member reading scripture or a responsive reading. Then there was a taller lectern on the other side which was only for the reverend to preach his sermon. There was an altar where communion was served which most people in the church believed sacred space. Children were taught to stay away and be careful of offending God by going where we weren’t allowed or treating the space disrespectfully.

As a young man, I attended a giant church that had no such liturgical trappings. In this church, everything was functional. It was all about the audience’s experience. Great lighting and great sound that allowed for a great product. The pastor of this church was rabid about building bigger and better buildings for the weekly show and attracting bigger names to perform in the area.

Along my spiritual journey I’ve had to come to terms with the “edifice complex” I was taught, have witnessed, and in which I confess I have participated. There is definitely something to be said for a nice, functional space for a local gathering to meet, organize, worship, teach, learn, pray, meditate, and serve one another and the community. More about that in a moment.

There is also the spiritual reality that Jesus exemplified and taught. It was a paradigm shift massive as to be difficult for people to believe and embrace 2000 years later. It is simply this: God does not dwell in buildings.

God is omnipresent (that is, everywhere) because Jesus is the force of creation holding the universe together: “He is before all things, and in him all things hold together” (Colossians 1:17). Jesus said that after his death, resurrection and ascension, He was sending Holy Spirit to dwell in us: “And I will ask the Father, and he will give you another advocate to help you and be with you forever— the Spirit of truth. The world cannot accept him, because it neither sees him nor knows him. But you know him, for he lives with you and will be in you” (John 14:16-17). Therefore, God’s “Temple” is no longer a place in Jerusalem or a bricks-and-mortar edifice down the street. God’s Temple is the bodies, hearts, minds, lives of those who believe and follow: “Do you not know that your bodies are temples of the Holy Spirit, who is in you, whom you have received from God? You are not your own” (1 Corinthians 6:19).

For the first few centuries after Jesus’ ascension, local gatherings of believers met in one another’s homes where they shared meals, worshipped, prayed together and supported one another. Some scholars estimate that over a million followers of Jesus were meeting regularly in tens of thousands of homes around the known world.

And, that was the beginning of the edifice complex for followers of Jesus. I find it a fascinating contrast to today’s chapter. Jesus is in Jerusalem. It is the last week of His earthly journey. Jesus has spent most of His three-year ministry speaking to crowds on hillsides, fields, and from a boat to throngs of people sitting on the shore. He also spoke in small-town synagogues. His followers of backwater fishermen and men from small towns in Galilee were awed by the massive Temple in Jerusalem. Jesus, however, shrugged it off with the foreknowledge of what would become of it:

“As for what you see here, the time will come when not one stone will be left on another; every one of them will be thrown down.”

A couple of thoughts this morning as I ponder these things along side of almost 40 years regularly journeying through God’s Message:

This morning I imagine Jesus shrugging as he looks up at the Temple. “It’ll be a rubble heap in about 40 years,” He says to His disciples.

“Then what is sacred? What lasts? What remains?” Simon the Zealot asks.

“You are sacred, as is every person in whom my Spirit dwells,” Jesus replies. “What remains? The faith, hope, and love that is in you and flows out of you, Simon. And all fruit your faith, hope, and love produce in those whom you love. You are my church, Simon. You are God’s temple. And, you are more beautiful than this temple or any building a human being could construct.”

What Jesus actually taught was that when individuals believe and follow, they become living, breathing, active temples of worship in which God’s Spirit dwells. What is sacred and/or profane is what we put in, what flows out and how we relate to God and others from the inside out.