Along my journey, I have experienced discord and division among any number of groups to which I belonged. This includes family, churches, community organizations, and most recently, a nation.

When division happens, no matter the size or scope of that division, it creates so much relational mess in its wake. Suddenly, individuals who love one another find themselves on opposite sides of a topic or circumstance. Mental lines get drawn. Emotional trenches are dug. A relational no man’s land grows between, and neither party feels very much like being the one to crawl out of the trench and initiating the crossing of no man’s land.

Today’s chapter, Psalm 114, is the second in a series of Ancient Hebrew songs known as the Hallel, which is sung each year at the Passover feast which celebrates God’s deliverance of the Hebrews from slavery in Egypt. Like yesterday’s psalm, it is sung before the Passover meal. In eight simple verses, the song overviews the major events of their exodus out of Egypt, through the wilderness, and into the promised land. As yesterday’s chapter was metaphorically the “call to praise” of the Passover feast, today’s chapter is, metaphorically, a prologue that overviews the journey participants will take through the feast.

What struck me the most as I read this morning was the second verse:

Casual readers are likely to miss the weight of this verse for the ancient Hebrews who sang it back in the day. Scholars say that the song was penned during a period in Hebrew history known as “the divided monarchy.” The twelve tribes of Israel were divided into two nations. Two tribes, led by Judah, became the southern nation of Judah with Jerusalem as its’ capital. The other ten tribes joined into the northern nation of Israel. There was perpetual discord, division, and civil war between the two.

As with any event of human discord and division, there was the drawing of mental lines, digging of emotional trenches, and the development of relational no-mans-lands.

The Passover feast, to which all good Hebrews were expected to attend and participate in was held in Jerusalem at Solomon’s temple in the capital city of Judah. This meant that the faithful who lived in the northern nation of Israel had to cross no-mans-land. I can only imagine the relational tension that existed in the city on that week each year. A festival that was meant to unite the people in remembrance of the unifying event of their national identity became a political and religious powder keg. I can’t help but feel an acute identification with that reality in light of my own nation’s recent events.

In the quiet this morning I find myself thinking back to those divisions which I have experienced and which dot the timeline of my life as painful waypoints on my journey. Given time, I’m glad to say that I’ve experienced relational healing and reconciliation in certain relationships. In others, the relational division led to separate paths that I don’t expect to converge on this side of eternity. In yet others, I have made attempts to cross the emotional no-mans-land only to be greeted with an emotional fence of barbed wire. I must also confess that there are yet other circumstances in which I would say that I desire there to be reconciliation, but that desire has not led to my willingness to initiate a crossing of no-mans-land. Those are the ones that lay heavy on my spirit this morning.

I find it ironic that my chapter-a-day journey happens upon the Passover Hallel on this week when followers of Jesus begin the annual spiritual pilgrimage with Jesus to Jerusalem, to crucifixion, and to resurrection. The final, climactic events of Jesus’ earthly life happened during the week of Passover. Followers of Jesus see the two events as spiritually akin. Moses led the Hebrews out of slavery in Egypt to the promised land. Jesus led any who will follow out of bondage to sin, through the wilderness of this earthly journey, to an eternal promised land.

It’s also ironic that today happens to be known as Ash Wednesday, which it the opening event of the season follower call Lent. It’s the day we are called to Spirit mode to embark on a spiritual journey of remembrance with Jesus to the cross. Just like yesterday’s chapter and today’s chapter called the Hebrews to the spiritual journey of remembrance with Moses to the promised land. (By the way, I didn’t plan this!)

I find myself answering the call to that annual journey this morning in the quiet of my office. I find myself thinking about those relationships on the other side of no-mans-land. Holy Spirit whispers the words of Jesus to my spirit:

“This is how I want you to conduct yourself in these matters. If you enter your place of worship and, about to make an offering, you suddenly remember a grudge a friend has against you, abandon your offering, leave immediately, go to this friend and make things right. Then and only then, come back and work things out with God.”

One thought on “Division” 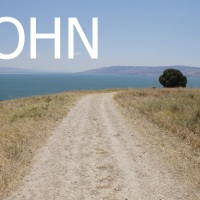 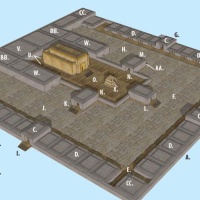 From the shoebox. I cherish this woman. Love you, mom!
From the shoebox: me and m’girls c. 1994
From the shoebox. My grandparents Hump & Toots Vander Well and Spec & Golly Hendrickson. (L-R: Hump, Spec, Golly, & Toots). c. 1976
From the shoebox. My folks having coffee in bed at Grandpa and Grandma Vander Well’s house in Le Mars. From January 1976.
Received an owl from the Ministry of Magic this evening. Delores Umbridge took issue with my rebellious individual thoughts. Whatever. 🙄 #imustnottelllies
Discussion at tonight’s table: “Happiest time of your life” and “Memorable moment with a stranger you’ll never forget.”