In the final chapter of John’s biography of Jesus, he wraps up a few loose ends. Before Jesus’ crucifixion, we’d left Peter in the courtyard of the High Priest as the cock was crowing. Peter, as Jesus predicted, denied he was associated with Jesus three times.

One can only imagine the shame that Peter felt. He had not only been one of the twelve followers Jesus called to be disciples, but he had also been part of Jesus’ inner circle along with James and John. Peter was a recognized leader of the group and even Jesus had indicated that Peter was to play a crucial role in Jesus’ plan.

How fascinating to find Peter back home, back in his boat, and back to his old trade. I can imagine the conversation among Jesus’ followers. “What do we do now?” they ask behind locked doors of Jerusalem. Peter is supposed to be leading. Peter is supposed to be taking of the keys of God’s kingdom and unlocking hearts. But shame hovers over Peter’s own heart and mind like a black wall cloud.

“I’m a failure,” I hear Peter whispering to himself. “I blew it,” he mutters, “Just like Jesus knew I would. Some leader I am. I disqualified myself. ” Peter looks at the others. They’ll never follow him now, anyway, he muses. “Pick another leader from among yourselves,” he says to them. “I’m going home. Back to Galilee. Back to my boat and my nets.” Peter throws in the towel.

But Jesus wasn’t finished with Peter. The risen Jesus follows to Galilee and meets Peter right where he is. This is also right where it all started. This is the same place Jesus first encountered the brash fisherman and called him to follow.

Three times Jesus asks Peter the same question, “Do you love me?”

“Yes,” my heart whispers in response. “You know I do.”

“Then, get on with it,” I hear God’s Spirit answer back.

Time to start my day. 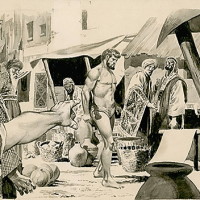 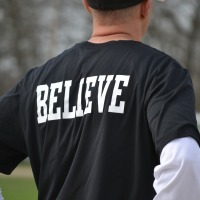