Do not conform to the pattern of this world, but be transformed by the renewing of your mind. Then you will be able to test and approve what God’s will is—his good, pleasing and perfect will.
Romans 12:2 (NIV)

I realized somewhere along my life journey that I had a tape recorder playing in my head. The recording was a montage of voices of the past and negative blurts that had clung to my soul as though someone had stuck them there with velcro. The recording played on a loop in my head like Muzac in a department store. I was largely unaware of it most of the time, but the recording played over and over and over again reinforcing certain negative messages:

There came a point in my journey when I became aware of these shame-full messages whispering in the background of my consciousness. I began to realize just how insidious and powerful they were in framing my self image, my perspective, and even my behaviors. They contributed to nagging attitudes of insecurity and defeat.

I began to listen more carefully. I began to write these negative blurts down as I heard them and then identified them. Where possible, I identified the source of that negative blurt from my past. If possible, I tried to identify how and when it was that I came to believe that negative message about myself. I brought them out into the light of day and examined them thoroughly, memorizing what they looked life, sounded like, and felt like.

I began consciously, day-by-day, to create a new recording. This recording was based on affirming messages sourced on what God says about me:

From that point on, whenever I recognized one of my old negative blurts whispering to me, I turned up the volume on my new recording. It wasn’t a quick process. It took time and tenacious effort. Slowly, however, things began to shift. My mind began to transform and let go of the old messages as it embraced the new.

Today, I’m thinking about the story that I have for so long told about myself deep in the recesses of my soul. I’m thinking about how much that story contrasts with the story that God tells about me. So often I’m the prodigal child approaching God, hat-in-hand, repeating the self-written story of my wretched unworthiness. God is the prodigal’s father believing and telling a very different story of just how loved, honored, and valued I am.

The question is: Which story will I choose to believe?

One thought on “Which Story Will I Choose to Believe?” 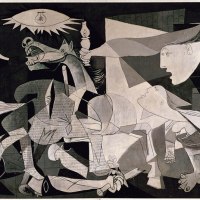