For God has put it into their hearts to accomplish his purpose by agreeing to hand over to the beast their royal authority, until God’s words are fulfilled. Revelation 17:17 (NIV)

Yesterday I was having coffee with my friend just as we have done every week or two for the past several years. He and I have a relationship that goes deep. We know the most intimate details of one another’s lives, and we have shared the journey with one another for a good stretch through some low valleys as well as a few mountain tops.

Over a hot cup of coffee I was sharing some things that are happening in life for Wendy and me. My friend recognized in my sharing the same thing that I have sensed in the past several months. There is a shift happening in life for Wendy and me at this point in our journey that is beyond our conscious thought or human ability to facilitate. Some of the paths we have intended to take were inexplicably closed to us, and in some cases their closure has been the source of confusion, grief, and intense sadness. Now, all of a sudden, other paths have opened up and, out of the confusion, we both have an incomprehensible peace in our hearts about this course adjustment. We can’t explain it, we didn’t see it coming, but we both recognize that it’s happening.

Wise King Solomon said, “In their hearts humans plan their course, but the Lord establishes their steps.” Wendy and I have long recognized that there is a divine plan at work in our lives. We have plotted our course and headed out on paths we believed would lead us where we wanted to go and where were supposed to go, but our steps have ultimately been directed to different paths on a different course. We know that our stories and our paths are part of a larger story and purpose. We don’t always see it with our eyes, but when we experience the life shift as we have over the past several months, we both know it in our hearts.

I believe that there is a larger story being told and a greater purpose at work in this life for which our lives are but a bit part (Actually, I have come to love bit parts – but that’s a different blog post). As I read through John’s account of his vision I am struck by the parallel we’re experiencing in our lives. I read the chapters and follow along as John is led through some strange visions. I catch little pieces I recognize but I largely struggle to see clearly what they mean in the whole. Underneath it all, however, I have an incomprehensible peace in knowing that there is a story being told whose chapters were written outside of time, and there is a divine purpose unfolding in today’s headlines which lead towards a conclusion that has long been foreshadowed. For Wendy and me, our job is to walk the steps established, to press on in the course, and to play out our bit parts to the best of our gifts and abilities.

3 thoughts on “A Purposed Change of Course” 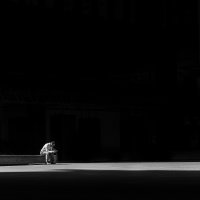 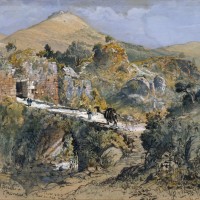 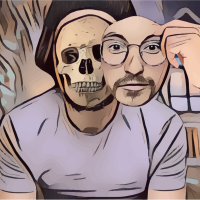 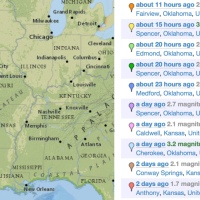 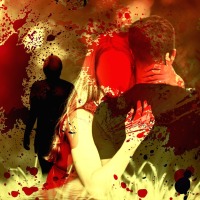