It’s a gorgeous autumn day in Edinburg, Scotland. It has taken several weeks and a vacation across the Atlantic Ocean for me to make the time for this post. What a year 2022 has proven to be (and it’s not over yet).

This past summer was packed full of fun, both the usual and the non-usual. It began in what has become the usual way over the past twelve years, and that is at the lake with the JPs and VLs. Wendy and I arrived a little early and stayed a little late to enjoy time to ourselves and with friends Dave and Lola.

After returning to Pella, the social calendar included our support of the Pella Opera House at their annual gala.

We also enjoyed our friend, Shanae’s wedding in Des Moines. I was honored to be asked to pray a blessing over the wedding feast, and we had a lot of fun with friends. Wendy and I were anxiously awaiting the arrival of our granddaughter across the pond, which may (or may not) have prompted Wendy to offer to adopt dear little Audrey as an honorary grandchild for the evening.

We were ecstatic when, just days later, our 2nd grandchild, Sylvie Ruth, arrived. Taylor, Clayton, and Milo welcomed our new bundle of joy in Scotland on June 28th while Wendy and I were at the lake to celebrate a quiet July 4th (Taylor’s birthday, btw) holiday. I toasted Sylvie’s birth with a pint and a stogie on the deck while scoring the Chicago Cubs game. Other than having to spend a few extra days in the hospital to hit all of her health markers, everything went according to plan. So excited to have sweet Sylvie with us.

July ushered in another wedding. I was honored to officiate the joining of Megan and Tanner at the Hotel Fort Des Moines. Megan has pretty much been another daughter and we’ve had so much fun getting to know Tanner. It was a fabulous wedding and an amazing reception.

Our friends Kevin and Linda were back in Pella for five weeks this summer and we tried to make the most of it by getting together several times over those weeks. We enjoyed a summer evening of drinks and stogies on the patio. Enjoyed another evening at the Atkins Oasis. The VLs joined us for a Cubs night at the Vander Well Pub, and the six of us helped celebrate Pella’s 175th birthday at a special Pella Soiree one evening.

We also enjoyed visits from a niece and nephew this summer. Our nephew Asher joined us for a night along with his dad, Wendy’s brother Josh. We actually got to host our niece Lydia for a few days while her folks, (Wendy’s sis) Becky and Court got a few nights off. We had fun taking Lydia and Miss Camille to Pella’s new SmashPark. Uncle Tom got to take Lydia to Adventureland. It was her first visit to an amusement park.

We actually had even more gatherings with the Hall and Vander Hart crews. Wendy’s Uncle Brad and Aunt Barb moved back to Pella from Dubuque and we had multiple gatherings at their place. Wendy’s brother Jesse also came to town with his girlfriend Ania, and we enjoyed a great lunch with them and Wendy’s folks. We also enjoyed our nephew Owen’s first birthday gala.

As far as the Vander Well crew goes, all is well. Grandson Milo graduated from Nursery School and started primary school. All is well for Madison, Garrett, and the Rotties down in South Carolina. Papa Dean won both a first-place blue ribbon and a third-place white ribbon for the two stained-glass pieces he entered in the Iowa State Fair. The folks began considering a move to Pella this summer. Mom’s Alzheimer’s continues to progress, but she still manages to be adorably cute. One day on FaceTime my father was telling a long story and was holding his phone so that mom and I were basically staring at each other while Dad talked. I started making faces at her and she started making faces back at me. She’s so funny.

The summer ended with a traditional adult weekend at the lake with the JPs and VLs. It’s always a wonderful weekend of feasting and sharing of life. We spent more time chilling out at the Playhouse this summer and less time out and about. We ended the weekend with me making a double batch of the Vander Well family’s favorite Dutch treat, eireflensjes. The perfect bookend to wrap up the season. 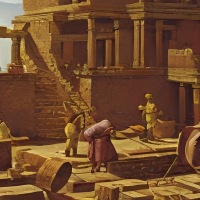 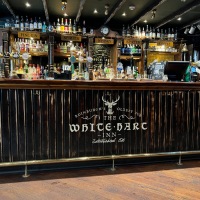 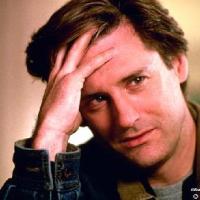