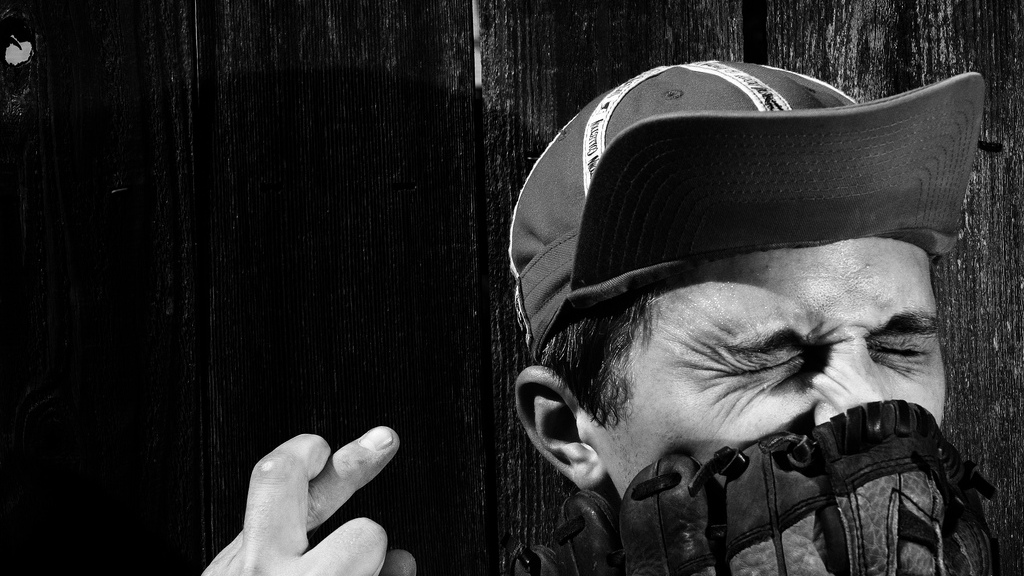 In the thirty-seventh year of the exile of Jehoiachin king of Judah, in the year Awel-Marduk became king of Babylon, on the twenty-fifth day of the twelfth month, he released Jehoiachin king of Judah and freed him from prison. He spoke kindly to him and gave him a seat of honor higher than those of the other kings who were with him in Babylon.
Jeremiah 52:31-32 (NIV)

Have you ever had one of those stretches of life’s journey in which seemingly everything that can go wrong does go wrong? Yeah, it’s been one of those.

I won’t bore you with all the details but the past two weeks have included a trip to the emergency room, stitches, illnesses, hospitalization of loved ones, multiple broken implements, breakdowns, and a cracked engine block. Ugh. Bob Dylan’s bluesy psalm Everything is Broken has been flitting through my head as I try to keep my bent towards pessimism in check:

Anyone who has followed my posts for any length of time knows that I’m a baseball fan. And, every baseball fan knows that winning streaks and losing streaks are all part of “the long season.” When a team or player is in a funk, you’re waiting for that one clutch hit or amazing play that signals a turnaround. So it was last night that Wendy and I watched our beloved Cubs win on a two-outs-bottom-of-the-ninth walk-off grand slam by Jason Heyward.

I thought to myself, “Maybe this is a sign that this funk we’ve been in is over.” Hey, cut me a break. Baseball fans are superstitious. Rally caps work! (Sometimes.)

Today’s chapter is the last chapter in a long journey through the anthology of the ancient prophet Jeremiah’s messages. The unknown editor who put the anthology together concludes the book with a historical epilogue. Interesting enough, it’s almost a verbatim copy of a section from 2 Kings 24-25. It gives a Cliff Notes summary of the Babylonian exile and ends with a bright spot: King Nebuchadnezzar’s successor releases Judah’s King Jehoiachin from prison, raises him to a place of honor, and he remains there for the rest of his life.

In other words, a book full of pessimistic, apocalyptic doom and gloom ends with a base hit in the bottom of the ninth. “This game’s not over, folks,” the editor is telling us. Put on your rally caps!

This morning I’m mulling over life’s ups-and-downs. We all have them. They come and they go. Some weeks it feels like everything is flowing and you’re on a roll. Some weeks, well, everything breaks. C’est la vie. It is what it is. The further I get in my journey the more wisdom I have to know the winning streaks will eventually end, as will the losing streaks.

I just have to keep looking for that bright spot, that base knock, that reminds me this game’s not over.