I was recently challenged by a friend to embark on this exercise. They’d been working on it as part of an identity statement they were developing for a class. Quite simply, you pick three people who are “heroes” or individuals you greatly admire. It can be almost anyone, but should be someone famous and someone you don’t know personally. For those who happen to be followers of Jesus, it was requested that He be excluded from this particular exercise.

I figured this lends itself to a good blogging challenge. There were a handful of finalists but I finally narrowed it down to three. As it happens, I have had photos of these three gentlemen taped on the front of my old, worn, paperback Bible for many years. [see featured image of this post]

The first hero I blogged about was Winston Churchill.
Today… it’s Miles Davis

Those who have followed my blog for any length of time may not be surprised to see Miles Davis’ name on my list. I reference the famous jazz trumpeter on a fairly regular basis and I even posted a review of his biography a number of years ago. Nevertheless, it seems a bit incongruent for this Iowa white boy with little musical ability and strong spiritual priorities to find the heroic in a gifted, conflicted black musician whose demons and appetites led to tragic places. It may not seem an obvious choice.

My exposure to Miles began with a Christmas gift. In fourth grade I began taking drum lessons at Woodlawn elementary school. That year my brothers gave me a couple of record albums to inspire my budding, percussive aspirations. One album was Buddy Rich. The other was Miles Davis’ Kind of Blue. For those who are not familiar with jazz, it is perhaps the best known jazz album of all time, and for good reason. It sparked a love affair with jazz.

In high school I continued to love jazz music. While my friends at Hoover High School were listening to Def Leppard, The Police, and Journey I was home listening to a wide selection of jazz from Weather Report to Grover Washington Jr. to Chuck Mangione. But, while many of my jazz favorites were flirtations and brief love affairs, I began to realize that Kind of Blue somehow became the true love that always hearkened me back. There was something about Miles that sunk deep in my soul.

Through my post-college years and into my 30s I lost my way creatively in many ways. When I lost my way creatively I unknowingly wandered from the person God created me to be. Unfulfilled, confused, and life-less, the disconnect led me to chase after passions into dark places. By grace, I found the artist’s way back. I began to reclaim my birthright as a child of the Creator.

It was during that journey that I hearkened back, once again, to my true love – Kind of Blue. It was then that he began to emerge as an artistic hero. I began to listen to more of Miles’ music. We were now on a journey together. Miles Ahead and Birth of the Cool were added to the list and I began to hear his own artistry evolving through the chronology of recordings. I loved the way he both honored the genius of a classic like Porgy and Bess while layering it with his own artistry. Sketches of Spain made all sorts of artistic connections for me to Picasso and Hemingway and I began to appreciate Miles’ own artistic journeys and explorations. He seemed to fill the well of his soul and music with input from such a broad, rich diversity of sources. I got that. I identified with that. It stoked my creativity and inspired me. Miles Davis, through his music, became a pied piper, a mentor, and a muse for my own creative journey.

As I learned more about Miles the man, I was fascinated. Like many artistic geniuses, he seems to have been a complex person. I don’t think he was particularly easy to be around. Unlike Winston Churchill, I’m not sure I’d have enjoyed his company over dinner. Yet, even in his frailties, struggles, and failures I found myself identifying with that basic struggle those of us with artistic temperament have to create something beautiful amidst the ugliness of your own humanity .

Miles was a man of intense passions that he struggled to control. He faced and fought his own personal demons. Temporary victories gave way to repeated defeat. His soul carried scars. He hurt those he loved most. I get that, too.

Perhaps the greatest reason that Miles has become a creative hero to me is the fearless way he opened himself creatively to everything. I have twice posted on his theme “there are no wrong notes.” He was fearless in attempting new things, pushing the envelope, absorbing what others were doing and then weaving it into his own work. He wasn’t afraid to re-invent himself, push into places no one expected him to go, and where few seemed to understand. He was willing to try, to dare, and to explore new horizons. And, as he got older it seems that he never stopped. I hope that I might reflect even a small fraction of that spirit of creation. 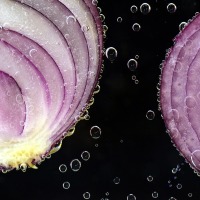