After Jesus was born in Bethlehem village, Judah territory— this was during Herod’s kingship—a band of scholars arrived in Jerusalem from the East. They asked around, “Where can we find and pay homage to the newborn King of the Jews? We observed a star in the eastern sky that signaled his birth. We’re on pilgrimage to worship him.” Matthew 2:1 (MSG)

It’s interesting to read this passage in light of our recent journey through Jeremiah’s story. Five hundred years before the events in today’s chapter, the people of Israel had been taken into exile. Where? To Babylon and Assyria, in the east. Those taken into exile were the best and the brightest of Israel‘s young men who, in some cases, rose to positions of leadership and influence.

Now, hundreds of years later, a celestial phenomena sends these foreign scholars and astronamers searching for its meaning. How did they know this event in the heavens signaled the birth of “the king of the Jews?” Since there is no record of the prophetic sign in the scripture, it’s most likely that a prophetic word was given through one of the Israelites in exile hundreds of years before. Perhaps it was Daniel or one of his friends. We may never know who it was, but we know that these many years later God weaves the tragic events of the exile into the timeless story of Jesus’ birth. The scholars from the east become a beautiful word picture. Among the very first to recognize the messiah and worship him were non-Jewish gentiles. Even at his birth, Jesus was gathering the nations.

Today, I’m encouraged reading the story of the Magi. It’s a great reminder that God is in control. He weaves the threads of past events into our present circumstances to accomplish his purpose. Like the Magi, my journey is simply a thread in a much larger tapestry.

One thought on “Chapter-a-Day Matthew 2” 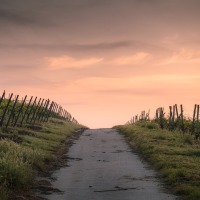 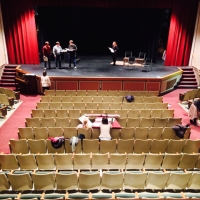