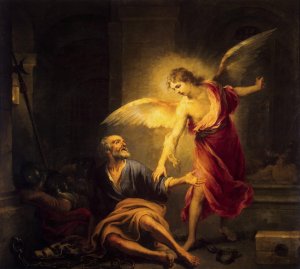 But the word of God continued to spread and flourish.
Acts 12:24 (NIV)

Executions. Imprisonments. Persecution. And yet, the word of God continued to spread and flourish.

But wait a minute…
“‘…my thoughts are not your thoughts, neither are your ways my ways,’ declares the Lord.” Isaiah 55:8

I’ve been mulling over our daughter’s blog post the past few weeks. It keeps bubbling up in my heart and mind at random moments. It bubbled up again as I read this morning’s chapter. She writes:

My faith, which had once seemed small and simple became increasingly challenging and complex. I went to six different countries and in each I was confronted with injustice and brokenness that sank my heart and made my blood boil. But I found it impossible to be disheartened to the point of giving up on my faith because the people who had every reason to believe that God had abandoned them were the most faithful, resilient, grateful and joyful people. Consistently. Everywhere I went. And they could tell you of all the ways God provided for them. Even when the world was dark and evil, He was still good, they told me. There was never any denying of the loss that comes from war, poverty, famine, or disease…but there was always rejoicing in hope. I think in much of the third-world there is a greater understanding of Jesus’ words, “I have told you these things so that in me you may have peace. In this world you will have trouble. But take heart! I have overcome the world” (John 16:33).

The river of God flows upstream. The Kingdom of God is not a Kingdom of this world. The Spirit does not operate in the same way as flesh and blood. Those who have the least in this world realize that they have more than anyone perceives. Those who are weak and find a source of power that is not of this world. Those doomed discover that God can do exceeding, abundantly above all that we ask or think.

We who have so much are blind to the true depths of our poverty.

And even though Judah became the strongest of his brothers and King David eventually came from that family, the firstborn rights stayed with Joseph. 1 Chronicles 5:2 (MSG)

To this point in the book, the author of Chronicles has focused his genealogical listings on the tribe of Judah and particularly the house of David. We see it yet again in the verse above as the writer appears to explain to his readers why first born rights among the tribes of Israel were not with the first born Reuben, nor with his favorite team: Judah. He does, however, bring up an interesting connection.

Joseph and David were both the youngest among their brothers and were derided as such. God raised both of them to prominence over their brothers and gave them both positions of power, authority, and blessing. Both David and Joseph are constant reminders that God is a God of the underdog. God raises the lowest, most humble. When we are at our weakest, God tends to performs His greatest works in our lives.

"A thief must make full restitution for what is stolen." Exodus 22:3 (MSG)

As I read through todays chapter, which is a list of some of the first laws recorded in human history, it struck me how much of it was plain common sense. It was a victim-centric system of justice. The offender had to make sure that the victim was not out anything because of their sin or crime. If you steal something you have to pay the victim for what was stolen. If your livestock eat your neighbors grain, you have to pay so that his livestock can eat. That's not rocket science.

I thought about Bernie Madoff as I read through today's chapter. What about all the people whose life savings and retirement accountts were wiped out by his scam? While he was under house arrest in his posh New York apartment, his victims were out finding jobs to replace the money he stole. Something is not right with that picture.

The code of human justice originally prescribed by God made sure that the power did not take advantage of the weak and powerless, and that victims received restitution. As I sit and mull it over my first cup of coffee this morning, it seems to me we have abandoned the victim-centric code of justice originally prescribed by God and evolved into an offender-centric society. 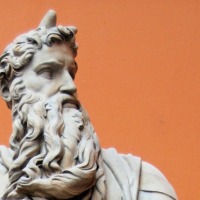