Below you’ll find a list of chapter-a-day posts on the book of Ezra posted in August and September 2019. Click on an image to be directed to that post.

Click on an image to access a summary of posts for the book. I will slowly be going back and adding book summaries. Please bookmark and keep checking back. 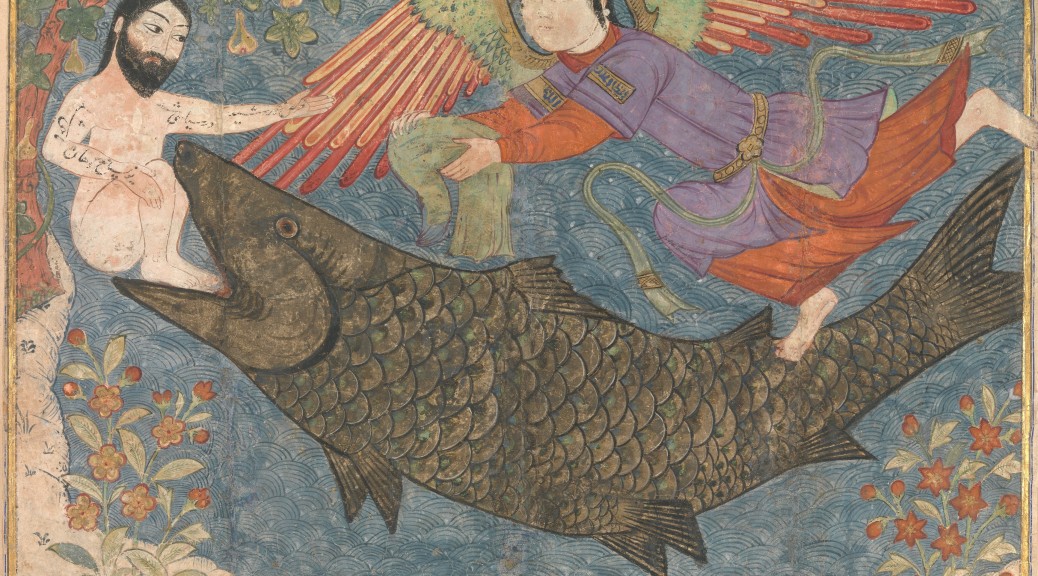 Below you’ll find a list of chapter-a-day posts on the book of Jonah posted in June 2019. Click on an image to be directed to that post. 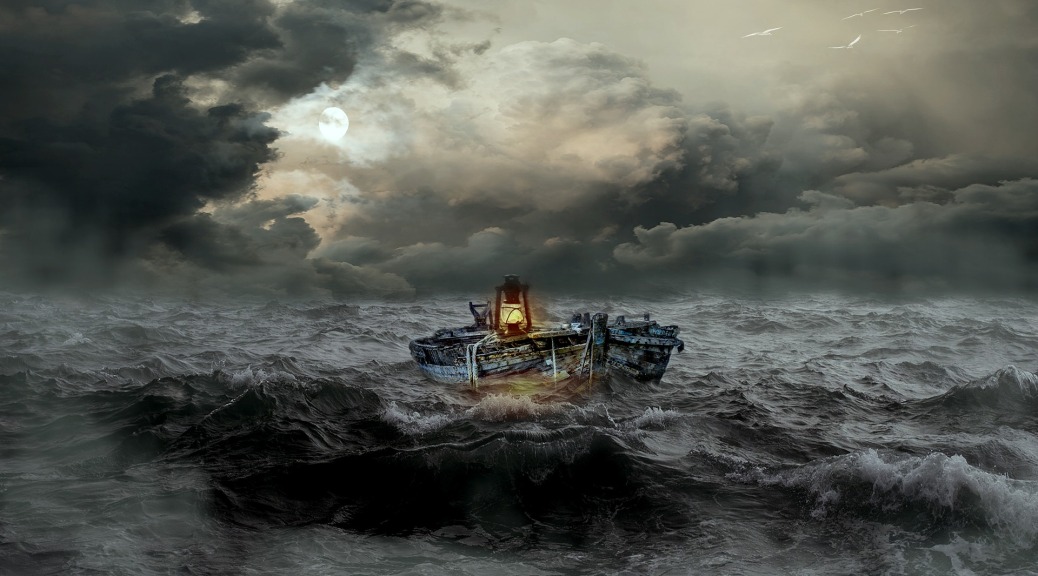 But now I urge you to keep up your courage, because not one of you will be lost; only the ship will be destroyed.
Acts 27:22 (NIV)

Living in the midwest you soon learn that some rather nasty storms can pop up at a moment’s notice. This past summer Wendy and I were witness to a small handful of storms that did considerable damage. It’s always disconcerting to survey the aftermath and find one house almost completely obliterated while the house next door appears to have no damage at all.

I thought of those storm and the damage we witnessed as I read today’s chapter. Paul is in the custody of a Roman centurion making his way to Rome where he is to be tried in Caesar’s court. A terrible storm comes up threatening the lives of everyone on board the ship. Throughout the ordeal, Paul continues to assure the passengers that they will be okay. He urges them to keep up their courage and their physical health. Paul had received an angelic message assuring him that God’s purpose was that Paul stand before the Emperor, not die at sea.

I couldn’t help but contrast the experiences of Paul with another famous sea-faring voyager, Jonah. In Jonah’s case, he was on the run and trying to escape his destiny. His reactions and responses amidst the storm are a stark contrast to Paul.

This morning in the quiet I’m reminded of Jesus’ words: “[Your Heavenly Father] sends rain on the righteous and the unrighteous.” In other words, I can’t escape the storms of life. They will crop up when I least expect them and everyone has to weather them from time to time. The difference between Paul and Jonah, was in their purposes. Paul was sailing with purpose. He was on a mission, and he was confident that the storm was not going to alter his date with destiny. Jonah, on the other hand, was running away from God’s expressed purpose for him.

I can’t stop the storms of life from raging, but the purpose with which I’m walking this Life Journey can make all the difference in how I weather them.

So Jeremiah took another scroll and gave it to the scribe Baruch son of Neriah, and as Jeremiah dictated, Baruch wrote on it all the words of the scroll that Jehoiakim king of Judah had burned in the fire. And many similar words were added to them.
Jeremiah 36:32 (NIV)

Along my life journey I have taken a few willful detours. I chose to leave the path of following Jesus and, instead, struck out on my own way. It was during these detours that I learned the lesson of the prophet Jonah: You can’t actually escape from God because no matter where you run He’s already there. It’s like the lyrics to David’s psalm:

In today’s chapter, Jehoiakim the King of Judah is spiritually on the run. Jehoiakim wanted nothing to do with God. He barred the prophet Jeremiah from the temple. He put layers of bureaucracy between himself and the prophet so that he wouldn’t have to listen to Jeremiah’s incessant messages telling the King to turn from his rebellious ways.

And so, Jeremiah dictates God’s message to his servant and scribe, Baruch. He then sends Baruch to jump through all the bureaucratic hoops at the temple. God’s favor appears to be on Baruch as he recites the words of the scroll and his message gets passed up the chain of command until he finally has an audience with the king.

King Jehoiakim’s hard heart, however, was unmoved. As the envoy reads the scroll, King Jehoiakim has each column cut from the scroll and thrown into the fireplace of his chamber. He then tries to have Jeremiah’s servant arrested. So Jeremiah repeats the message to Baruch so that a copy would survive, and he adds a prophetic prediction of the negative consequences Jehoiakim and his royal line will experience because of his willful choice to shun God.

In the quiet this morning I am thinking about King Jehoiakim. He also was experiencing the lesson of Jonah, the same reality I experienced on my rebellious detours on my life journey. You can’t really successfully run from God. No matter where you run, God’s already there. I can harden my heart. I can refuse to listen and willfully ignore the truth, but then I’m just like the child who puts a cardboard box over their head and thinks no one can see him.

The old prophet answered, “I too am a prophet, as you are. And an angel said to me by the word of the Lord: ‘Bring him back with you to your house so that he may eat bread and drink water.’” (But he was lying to him.) So the man of God returned with him and ate and drank in his house. 1 Kings 13:16-19 (NIV)

Along my journey I have been, from time to time, approached by individuals who proclaim to have some kind of “God told me” word or statement that pertains to me. I am not discounting the possibility that God could speak to me through another person, but I have learned over time to approach these situations with Jesus’ words in mind: “Be shrewd as serpents and gentle as doves.”

The man of God in today’s chapter had been given a clear directive by God. Along comes another prophet whose “God told me” statement contradicted the clear word he’d been given. His blind faith in the stranger had disastrous results. I don’t want to make a similar mistake, so when someone claims to have a word from God that affects me, there are a few simple guidelines I’ve learned to follow:

“Anything the ritually unclean man touches becomes unclean, and the person who touches what he touched is unclean until evening.” Numbers 19:22 (MSG)

“Wash your hands,” we are told incessantly from the time we are young children. We are told to do it before we eat, after being outside, when we’ve been around someone who is sick, and when we are preparing food. It’s a matter of hygiene, but even the most menial of daily tasks carries with it a spiritual word picture.

Things that make us sick, both physically and spiritually, have a tendency to spread their ill effects. We can either become fanatical about avoiding anything that might make us dirty, or we can learn the self-discipline of washing ourselves of those things which may make us sick.

Throughout God’s message, water is used a physical word picture of spiritual cleansing.

Jesus washed His followers’ feet, then told them to do the same for one another. The word picture is clear. We are expected to follow Jesus’ example. We are to walk through this world and actively love others in tangible ways. The journey carries us through some dark and dirty places. It is important that we are regularly cleansed and refreshed by one another. Otherwise, the dirt may pile up and have gravely ill effects.

Today, as I wash my hands, I’m reminded of the deeper meaning of being cleansed.