Abimelek son of [Gideon] went to his mother’s brothers in Shechem and said to them and to all his mother’s clan, “Ask all the citizens of Shechem, ‘Which is better for you: to have all seventy of Jerub-Baal’s sons rule over you, or just one man?’ Remember, I am your flesh and blood.”
Judges 9:1-2 (NIV)

I still have vivid memories of the bully. I remember his name. I can see his face in my memory along with the bathroom at Woodlawn Elementary school where it happened. I was in second grade and he was a year older than me. He was bigger than me. He was mean and intimidating. He demanded that I give him my lunch money, but I didn’t have any. I brought my lunch to school. This made him mad and he feigned that he was going to hit me. He then told me that after school he would find me and was going to beat me up. The two-and-a-half block walk home was sheer terror, but I managed to walk with my neighbor who was two years older and that gave me some comfort.

That was my first experience with a bully, and it obviously left a strong impression on me. History is filled with those who use threats, violence, and intimidation for personal gain. What begins as bullying on the school playground can easily become a way of life that in adulthood turns into gangs, organized crime, and rackets. The same tactics of power and intimidation get “cleaned up” but still fuel political parties, corporate boardrooms, and union organizations. I’ve also experienced the same basic bully tactics from powerful individuals in churches.

The stories of Gideon and his son Abimelek form the center of the book of Judges. Ancient Hebrew writers, poets, and lyricists commonly used a literary device and placed the central theme of their work smack-dab in the middle. I mentioned in yesterday’s post that one of the central themes of the book of Judges is the tension the Hebrew tribes were experiencing as they tried to be a theocracy and follow God as their ultimate King and the reality they were experiencing with their enemies of what a powerful leader/king could do for a city or region. At the center of the book are two contrasting examples of this very tension. Gideon and his son take two very different paths to power and end up in very different places.

The story of Gideon provides the example of a powerful leader who humbly refuses to be made king, and he calls on his fellow Hebrews to recognize God as their only true leader. In today’s chapter, Abimelek provides a contrasting example. He takes the path of the power-hungry individual who will stop at nothing to seize and maintain his power.

Beneath the story of Abimelek are other subtle themes that were crucial in their time, and they still resonate today. Abimelek was one of some seventy sons of Gideon, the offspring of Gideon and a Canaanite slave. It’s likely that the biracial son of a slave was treated as less-than by his pure Hebrew half-brothers, the sons of Gideon’s legitimate wives. Abimelek uses his Canaanite blood, and his position of relative power as Gideon’s son, to convince the Canaanite people of the city of Shechem to appoint him their king. He then goes all Michael Corleone and “settles accounts” with all the potential threats to his power, his brothers, by killing them all (with the exception of the youngest brother, who escapes).

Chaos, political intrigue, violence, vengeance, and the continuous struggle for power follow Abimelek through the entire chapter. The Godfather epic is an apt parallel. Once he stepped down the path of power by violence and vengeance, Michael Corleone could tragically never escape the consequences of where it led. Abimelek found himself on the same tragic path.

In the quiet this morning, I said a prayer for my elementary school bully. I hope God led him to find a better path in life. He taught me a lesson that day. He provided me an example of the person I never wanted to become. I’m grateful for that.

I also find myself pondering the simple contrast between Gideon and his son, Abimelek. Gideon wasn’t perfect, but his deference to God’s power and authority kept him from the tragic ends experienced by his son.

I’ve learned along my life journey that whatever positions of earthly power and/or leadership I might find myself should come because I am led to them, not because I seized them for myself. As a follower of Jesus, I am called to the path of humility and service to others. Looking back from my current waypoint on Life’s road, I can tell you that it is a path that has always led, not always to easy places, but ultimately to good places.

I think I’ll stick to this path.

And on that Day also, what's left of Israel, the ragtag survivors of Jacob, will no longer be fascinated by abusive, battering Assyria. They'll lean on God, The Holy—yes, truly. Isaiah 10:20 (MSG)

I still vividly remember my first experience with a bully. I was a 2nd grader at Woodlawn Elementary school. I had been excused from class to use the bathroom and he came in. He was in 3rd grade and a lot bigger than me. He started to threaten me for no other reason than to see the fear in my eyes and feel a sense of sadistic power. He started telling me he was going to find me after school and beat me up. I was so scared it was a good thing I was already in the bathroom.

I can still remember the terror. My heart pounded. I could think of nothing else the rest of the day. I was terrified of the final bell and my walk home. Even when I got home I was petrified. I worried about the next day at school. I worried about going into the bathroom and finding the bully there. I worried about walking to and from school. I had a hard time getting to sleep. I couldn't get the bully out of my mind, and how I could possibly elude him at every point of my day.

It's easy to get focused on problems and troubles. They seem so huge and overwhelming. If we're not careful, the people who plague us and our daily pains can take up a disproportionate part of our mind share. It's hard to keep things in perspective if our eyes are only zeroed in on that which we fear.

Jerusalem, under seige, were so taken with their enemy, the bully Assyria, that they were psychologically defeated. The prophet Isaiah's eye, however, was not looking at the Assyrian army surrounding the city. He was looking to God. Isaiah saw that God was about to provide an amazing, miraculous deliverance.

Where will I focus my thoughts today?

Then he stepped forward and spoke in Hebrew loud enough for everyone to hear, "Listen carefully to the words of The Great King, the king of Assyria: Don't let Hezekiah fool you; he can't save you. And don't let Hezekiah give you that line about trusting in God, telling you, 'God will save us—this city will never be abandoned to the king of Assyria.' Don't listen to Hezekiah—he doesn't know what he's talking about. 2 Kings 18:28-31a (MSG)

Taking a step back and looking at today's chapter and you find a great example of the ancient art of seige warfare. Seige warefare has been a lucrative enterprise throughout history and the Assyrians would have easily made the all-star team. It's bullying and extortion on a national level. You simply amass a large army, surround a weak city, and then demand a huge sum of money to back down. If the city refuses, you destroy it mercilessly (the Assyrians were known to hack the limbs off their victims and leave piles of disembodied arms and legs outside the city gate as a calling card). If the city was too big or well fortified, you simply waited and let the inhabitants of the city slowly starve to death and implode because you've cut off their supply lines. Of course, you make sure a few survivors make it out and escape to nearby towns so that the news of your terror psychologically begins to intimidate the next city on your list.

Part of successful seige warfare was the application of psychological pressure by continually taunting the surrounded city. It was the ancient form of talking smack that you still see on the football field or basketball court. If you can get inside your opponent's head, you have the edge.

I believe we all have experienced, even to a minimal degree, a feeling of being beseiged. It could be bullying on the playground, being the victim of the neighborhood gang, or being singled out and verbally beat down by a parent, teaching, coach or authority figure. I think that our spiritual enemy uses the same tactics: surround, cut off, harass, intimidate, and get inside the head.

The answer to a seige is perseverance, strong will, and a Deliverer. I remember, as a kid, playing a game called "Mercy." It was your typical alpha male, king of the mountain, game of physical domination and abject humiliation. I'm sure it was created by some bully named Zeke who thought it up after he'd already given wedgies to every kid on the playground. Basically, two people face each other and put their hands together as if they were giving each other high fives. However, they lace their fingers together so that their hands are now clasping. Then they try to bend the other person's hands back until one of them is on their knees in submission and cries, "Mercy!"

How easily we come to equate "mercy" with defeat and humiliation. How quickly mercy becomes a cry to be avoided as we hang desperately to our pride and rugged self-sufficiency. As a child on the playground I learned that asking for "mercy" was a repugnant admission of defeat.

But, God is no school ground bully. If life were a mere playground game, God would have sent Jesus to be King of the Mountain. From his throne, Jesus would tyrannically force people in submission to his will. Instead, God sent Jesus to suffer humiliation and death on our behalf. The way of salvation became, not a meritous reward we earn in the dominating power of our own goodness, but an undeserved gift to any who are willing to pick up their own cross, follow Jesus and cry to God: "Mercy!" 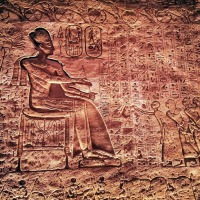