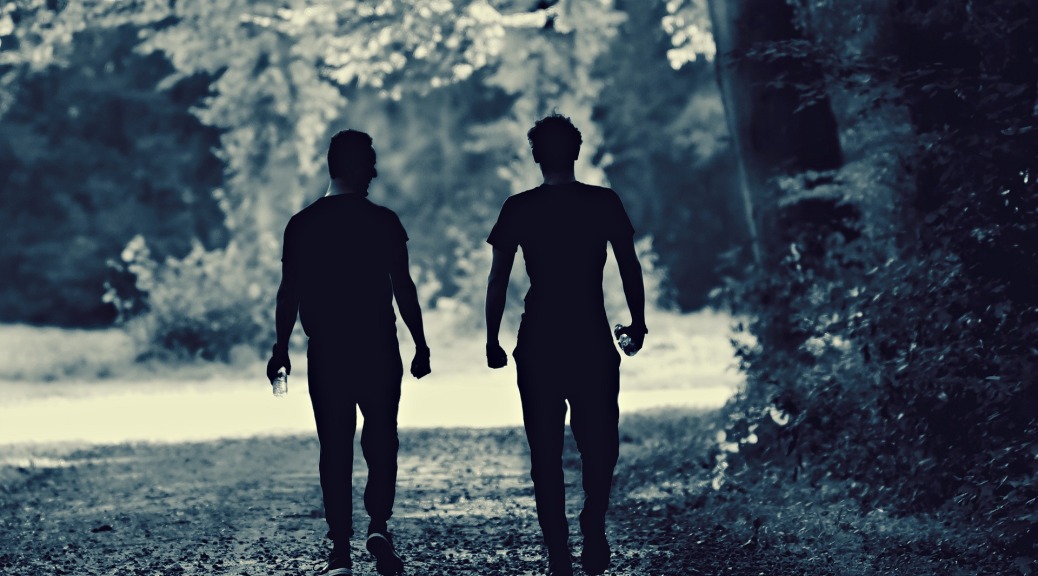 My fellow prisoner Aristarchus sends you his greetings, as does Mark, the cousin of Barnabas. (You have received instructions about him; if he comes to you, welcome him.)
Colossians 4:10 (NIV)

Everyone knows that Jesus had twelve disciples, but Luke records that there was a wider circle of seventy-two disciples that Jesus sent out (Luke 10:1). Among the twelve it was only Peter, James, and John that Jesus called out to join Him when He was transfigured, when He raised Jairus’ daughter, and when He was in His deepest despair in Gethsemane. Like most of us, Jesus had concentric circles of relationship from the intimacy of His inner circle of three to the wider and less intimate relationships He had with the twelve, the seventy-two, and an even larger group of 500 followers to whom He appeared after His resurrection.

Along my life journey, I’ve had a number of friends, mentors, and protégés who became part of my “inner circle” during a particular stretch. Looking back, I observe a certain ebb and flow of pattern and purpose in relationships. As the wise woman stated, some paths converge for a season and then organically lead in opposite directions. Conflict, sadly, severed some relationships. In a few cases, I’ve realized it’s best to leave be what was. In others, reconciliation brought differing degrees of restoration. There is longing to experience reconciliation in yet others when the season is right. Then there are a few in which time ran out, and only memories both bitter and sweet will remain with me for the rest of my earthly journey.

Most readers of Paul’s letters skip through the personal greetings with which he typically tagged his correspondence at the beginning and/or end. This morning, it was one of these oft-ignored greetings at the end of the chapter that jumped off the page at me. Mark, the cousin of Barnabas, sends his greetings to the believers at Colossae. There is a back story there.

Mark, otherwise known as John Mark, had been a boy who was part of Jesus’ wider circle of followers. Mark’s mother was a prominent woman who also followed Jesus and likely supported His ministry financially. When Peter escaped from prison it was to the house of Mark’s mother that Peter fled. It was Mark’s cousin, Barnabas, who brought the enemy turned believer, Saul (aka Paul) into the fold of Jesus’ followers. Barnabas and Mark were part of Paul’s inner circle on his first missionary journey.

Then, it all fell apart.

In the middle of the journey, Mark left Paul and Barnabas and went back home. Paul felt abandoned and betrayed. Years later when it came time to make a return journey, Barnabas wanted to take Mark along. Paul, still angry that Mark wimped out and abandoned them, would have none of it. There was a big fight. There was a bitter separation. Paul went one way with Silas. Barnabas went the other way with Mark. The season of Paul, Barnabas, and Mark was over.

As Paul writes his letter to the Colossians it has been many years since the conflict with Barnabas and Mark. Paul is in prison and is nearing the end of his life. Mark is with him. We don’t know how the reconciliation happened or what brought them back together again, but Mark is there sending warm greetings through Paul. It’s nice to know that sometimes in this life we get over our conflicts. We let go of the past and embrace the present. Seasons of friendship can come back around.

In the quiet this morning I’m looking back and thinking of all the companions I’ve had along my journey. I’m whispering a prayer of gratitude for each one brought to my life and journey, despite where the ebb and flow of relationship may have led. And, in a few cases, I’m praying for the season when the journey might lead divergent paths back together, like Paul and Mark. 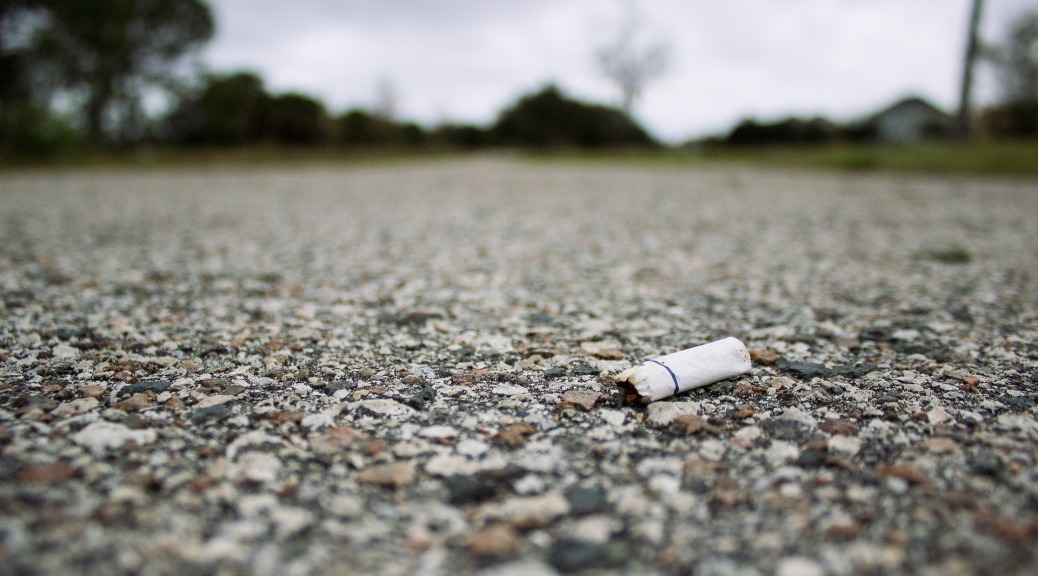 Certain people came down from Judea to Antioch and were teaching the believers: “Unless you are circumcised, according to the custom taught by Moses,you cannot be saved.”
Acts 15:1 (NIV)

Yesterday I was with a young manager my client has asked me to mentor. The manager described a particular conversation they’d had with a peer in another department. The conversation was about some procedural changes that would affect both of their respective teams. The manager described their opposing views and the conflict that arose as the procedural change was not going to be universally popular.

The manager described the conversation and the slow descent they felt themselves falling into as they dug their heels in and felt stubbornness consume them. In that moment there was no possibility of compromise. The manager recognized what had happened, even felt it happening in the moment, but had been unable to stop it. The manager then confessed that this was a deep-seeded, long-recognized pattern of behavior. And, it was not a positive one. They even recognized the source: “That’s my mother!” the manager said.

Along life’s journey it’s become clear to me that old habits die hard for every one of us. If we are to make progress on our journeys, whether personally, emotionally, relationally, and/or spiritually, it will require old habits to pass away and new patterns of thought and behavior to come.

I found today’s chapter in the book of Acts to be an inflection point. Through the first fourteen chapters the explosive and expansive growth of the Jesus Movement had everyone frantically trying to keep up. When systems experience that kind of explosive growth, the system quickly goes into survival mode, setting aside minor and/or complex matters just to address the giant issues that are staring everyone in the face. As equilibrium is found, the long suppressed issues begin to surface. That’s what I see happening in today’s chapter.

So we have conflict brewing between believers from the Jewish tribe and those from non-Jewish (described as “Gentile”) tribes. While Dr. Luke describes a fairly well-mannered meeting of the minds and peaceful solution, Paul’s description of events is different. Paul describes conflict between he and Peter. He describes conflict in the relationship between Peter, believers from the Jewish tribe, and believers from Gentile backgrounds (Read Galatians 2). In Paul’s description, Peter said that he was all for Gentiles not having to adhere to Jewish customs, but then he hypocritically acted with favoritism towards the Jewish believers. Old habits die hard.

Then at the end of the chapter we find Paul and Barnabas in a sharp dispute about whether to take John Mark on their next missionary journey. The argument ends in the two friends and colleagues splitting up. What I observe is that Paul’s behavior and words in these conflicts with Peter and Barnabas don’t reflect the new code of love that Paul himself describes in his letter to the Corinthian believers, but reflects more of the old proud, arrogant, temperamental and fiery Pharisee who persecuted the church. Yep, old habits die hard.

As I wrapped up the mentoring session with my young business protege yesterday we discussed that recognizing negative behaviors and feeling the negative results from them is the first step toward positive change. The manager described the subsequent meeting between managers, their heart-felt apology, and the constructive progress towards compromise that followed. Well done. Old things begin to pass away as new behaviors and habits are formed.

This is a journey and old habits die hard, but I’ve perpetually found that they will eventually change when I surrender myself to Holy Spirit, when I diligently pursue the person I was created to be, and when I make my mission to be a person marked and controlled by love, joy, peace, patience, kindness, gentleness, perseverance, and self-control.

Have a great day, my friend.

Like Loading...
After some days Paul said to Barnabas, “Come, let us return and visit the believers in every city where we proclaimed the word of the Lord and see how they are doing.” Barnabas wanted to take with them John called Mark. But Paul decided not to take with them one who had deserted them in Pamphylia and had not accompanied them in the work. The disagreement became so sharp that they parted company; Barnabas took Mark with him and sailed away to Cyprus. But Paul chose Silas and set out, the believers commending him to the grace of the Lord. He went through Syria and Cilicia, strengthening the churches. Acts 15:36-41 (NRSV)

On occasion I will run across fellow believers who hold the early church with high esteem and want today’s church to look and behave in the same way. As I mentioned in my post the other day, I think it’s a bit silly to presume that it is even possible in most respects. Today’s chapter, however, reminded me of a couple of things:

The early church wasn’t perfect nor was it some kind of utopian organization. Read between the lines and you find that the entire period was marked by controversy, politics, arguments, and interpersonal conflicts. Today’s chapter starts with a controversy (i.e. should circumcision be required of all followers of Jesus) that broils into a debate among factions. Those Jesus followers who were of the Jewish sect of the Pharisees were vocal pro-circumcision. The Jesus followers who were non-Jewish Gentiles (and really didn’t want to go through the pain of a very intimate surgical procedure for no good reason) were passionately anti-circumcision.

The church, then and now, is made up of fallible people who inevitably find themselves in conflict. Today’s chapter ends with Paul and Barnabas having a such a sharp argument about whether to bring John Mark on their trip that they part and go their separate ways. Paul had written John Mark off because of an earlier falling out (Where was the forgiveness?) and Barnabas wanted to give J-Mark a second chance. It appears that there was no sweet agreement and reconciliation. There was no idyllic conclusion of unity. There was anger, sharp argument, and division. That sounds like every group of Jesus followers I’ve ever been a part of. So,  maybe we’re more like the early church than we sometimes realize.

Today, I’m reminded of things that change and things that never change. Daily life, work, and culture have changed drastically in the last twenty years let alone the past 2,000. At the same time, our human challenges of love, kindness, understanding, reason, acceptance, and reconciliation have never changed. They simply takes on new guises in changing times and places.