I reached out to shake his hand as I was introduced. The lights in the room were dimmed but the darkness couldn’t hide the look of defeat. Shoulders slumped, eyes down cast, and the smile that was clearly being conjured by sheer will. I could feel the discouragement. I sensed the fear that God just might be done with him. I also instantly felt an affinity for him. Something clicked deep inside, and I knew that somehow Holy Spirit had connected us for a reason.

I have seen the look of defeat on the faces of some of the most amazing people. I’ve seen defeat come in a myriad of ways. Sometimes it’s moral failure, a personal failure, a relational failure, or a combination of all. Sometimes it’s a life tragedy and the inequities of circumstance. At times it might be some kind of physical or chemical issue wreaking havoc on a person’s spirit. Then there are times when the source of the funk is spiritual, and a rational explanation is elusive.

When defeat descends on a person life gets very small. Vision is reduced as focus turns inward. Interaction is avoided which only tends to extend and exacerbate the symptoms. A person wraps him or herself in layers of self-protection that, ironically, not only serves to deflect further injury, but also prevents any kind balm from reaching the spirit wound. When the individual experiencing defeat is a believer, the person also feels a spiritual impotence that can be so pervasive as to prompt an unshakable belief that this is all permanent.

Defeat is never a permanent destination. Defeat is a doorway to deeper understanding. It is through the doorway of defeat that I discover humility’s sweet gifts and where I experience grace’s sufficiency. On the other side of defeat comes the understanding that Spirit power is perfected in weakness.

Resurrection must, by definition, be preceded by death. Redemption’s prerequisite is always some kind of damnifying defeat. This was the grand spiritual paradigm that Jesus ultimately exemplified, yet I always want to dismiss the fact that if I choose to follow He said I have to follow in His foot steps down that same path.

I saw my defeated acquaintance the other day. It’s been a few years since we were introduced. We’re now friends. His shoulders were squared, there was a sparkle in his eye, and the smile on his face was no longer conjured by will. His smile was clearly the effect of an inner joy that radiated off of him. I had the privilege of helping him through the doorway, and watching him discover, over time, what was on the other side. 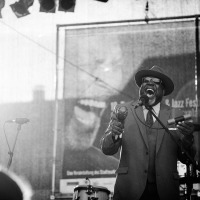 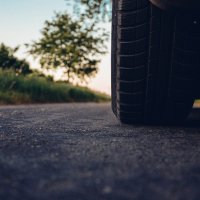