Therefore, just as sin entered the world through one man, and death through sin, and in this way death came to all people, because all sinned.
Romans 5:12 (NIV)

I had a friend hit rock bottom. I’d suspected it for some time. In fact I had just mentioned my fears to Wendy a few days before. I could hear it in the voice and in the things that were said, and left unsaid, in our conversations. I sensed the spiritual tremors before the big one hit. I got the desperation call while I was standing on the jet bridge getting on a plane. My friend’s life was spiraling out of control.

Millions of people have reclaimed various forms of sanity, sobriety, and life through working what’s known as the Twelve Steps. It’s famous for people who are dealing with addictions in various forms, although I’ve known several people who have walked the Twelve Steps journey simply to experience it for themselves, and have found it profoundly profitable in their lives and relationships.

The first step of the Twelve Steps is simply this: “We admitted we were powerless against [insert your own tragic weakness here] – that our lives had become unmanageable.”

“Sin” is such a hard word to wrestle with in today’s culture of perpetual positive reinforcement. We like to gloss over, excuse, diminish, contextualize, ignore, and deny. Perhaps it’s the sense of judgment and the fact that it’s quite often been weaponized and used by the minions of legalism [see yesterday’s post] to assert power and control. Ironic, isn’t it? “Sin” can be leveraged for purposes that are, well, sinful. (I think there’s a good script waiting to be written on that theme!)

If it’s possible, I’d like to lay aside our preconceived notions of sin, for a moment. In fact, for the rest of this post I’m simply going to substitute the word shit for sin. Along my life journey I’ve found that the path of following Jesus and the journey of the Twelve Steps both ask of followers to begin by owning our shit:

I could go on. Most of things on this list can be good, healthy, and Life-giving in proper doses and in a healthy context. I’ve observed along my life journey that most of the shit in our lives comes from taking a natural appetite and indulging it to unhealthy proportions.

So what do we do with the shit in our lives? Because we all have our shit. I can, perhaps, manage perceptions and appearances for a period of time, but the shit starts piling up and, at some point, life gets unmanageable. Which is when we have to honestly own our own shit, and admit that it’s not working.

Now we’re at the first step.

In today’s chapter Paul begins to help us understand how our shit fits into the Great Story and exactly why Jesus came and sacrificed Himself.

In the quiet this morning I’m reminded of Jesus’ first encounter with Simon Peter on the shores of Galilee. Having experienced a miraculous catch, Peter falls to his knees in front of Jesus and says, “Stay away from me. You have no idea the shit in my life.”

And I imagine Jesus smiling as he whispers to Himself, “Oh yeah. I can work with this. He’s one of mine.” 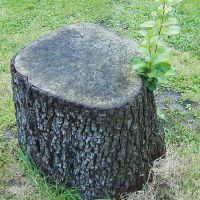