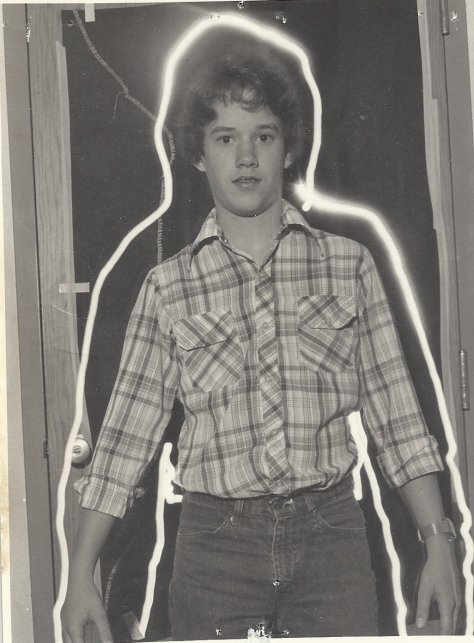 For Throwback Thursday I’m going all the way back to 1980. Much of my love of photography took root while I in the Photography Club at Meredith Junior High School in Des Moines led by my guidance counselor, Mr. Stearns. Several years ago Mr. Stearns, who happened to go to the same church as my folks, was going through a bunch of old photos and happened upon these photos and gave them to my parents to pass on to me.

We were experimenting with “bulb photography” in these photos which were taken in the school’s dark room. That light spot in between my hands in the top photo is the flame from a lighter. The white lines around me in the second photo was made using a pen light. Basically, with bulb photography you get in a pitch dark place and open the shutter of the camera and keep it open. Then you use a pen light, flame or some other light source which is imposed on the negative. You set of the camera’s flash to impose the rest of the image in the scene.

I used the same technique with a young Taylor in the basement one morning. In the shot below, I told Taylor to put out her arms and hold still in the pitch black basement. I opened the shutter using the “bulb” feature on my camera and then moved behind Taylor and used a pen light to outline her and wrote her name backwards in the air. I shut of the pen light, made my way in the darkness back behind the camera, set off the flash, and closed the shutter.

It’s kind of a fun effect. 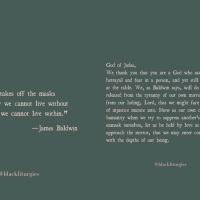